VRF versus water and refrigerant flow 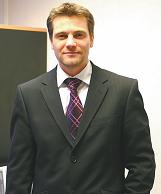 VRF (variable refrigerant flow) has dominated the air conditioning market for almost a quarter of a century. But that is set to change with the development by Colt of a water and refrigerant flow system, says Darren Civil, the company’s Climate Control General Manager.
There have been some spectacular changes in the air conditioning sector since VRF first saw the light of day in 1982. The number of installers has increased dramatically, there are considerably more manufacturers, thanks largely to an influx from the Pacific Rim, and end users have more choice than ever before.

However, the technology that underpins these changes – including basic air conditioning principles and system make up – have remained fundamentally unchanged over this period. There are still limitations on pipe lengths and configurations, and on the number of units that can be added to a system.

On top of this, high volumes of refrigerant have to be pumped between units at high velocity and pressure for the system to work effectively, causing serious problems for both building occupants and the environment if refrigerant escapes. Indeed, it is ironic that ever-increasing pipe lengths result in greater quantities of refrigerant in the system and, therefore, a greater potential for leakage to occur.

But the problems with VRF don’t stop there. The basic requirement for simultaneous heating and cooling requires three pipes instead of two, or duplicated pipe work from central changeover boxes. These pipes must be insulated, adding both cost and space requirements to the installation.

Although the efficiencies of VRF systems have improved significantly on paper, standard test conditions do not require the reductions neither for extended pipe work or for normal UK temperature conditions de-rates to be taken into consideration. Similarly, reductions due to defrost and oil return cycles are not factored in. Furthermore, energy output is not available during these cycles. Thus, a simple approach to efficiencies based on just coefficient of performance and energy efficiency rating at test standard conditions can be very misleading.

So, perhaps the question we should all be asking is: “Just how much improvement has there really been for the end user over the last 20 years?”

Colt International has developed WRF (water and refrigerant flow) to offer customers a more efficient and effective option than traditional VRF systems that provides both performance and environmental benefits. WRF is an air conditioning system designed to meet the environmental requirements of current and future building regulations, including the forthcoming F-Gas regulation.

The Colt Caloris WRF system is based on reverse cycle water source heat pump technology and uses water rather than refrigerant as its main energy transfer medium. Local units are linked together by this neutral temperature water loop to form a complete system. Refrigerant charge is minimal and local to the Caloris unit, so it is not dispersed throughout the building. In the unlikely event of a refrigerant leak, only a small amount would discharge from the unit, not from the whole system as with other forms of air conditioning.

Colt is acutely aware of the impact that the proposed F-Gas regulation will have on the registration and competency of installers, and has designed Caloris with this in mind.

The aim of the F-Gas regulation is to limit the emissions of fluorinated gases (F-gases) – including HFCs – in Europe. HFCs cause up to 1,300 times more global warming than a similar mass of CO2 if released into the atmosphere and that is why the new regulation focuses on preventing leaks.

It is modelled on a system called STEK, introduced in the Netherlands in 1993, and demands full annual maintenance and joint testing of systems with more than 3kg of HFC refrigerant charge.

The Colt Caloris WRF system will reduce the impact of the F-Gas Regulation because it is designed to contain less than 3kg of refrigerant, so only the outdoor unit will require inspection during the course of routine maintenance.

With WRF, Colt has developed a system that incorporates the advantages of VRF without its limitations. For example, with WRF there is:

• No limitation to pipework length.

• No limitation to the number of units, or how far apart they should be.

• No refrigerant between units.

• No requirement for pipework to be insulated – Colt has gone back to a simple two-pipe system, reducing installation costs and time.

• Security – one unit failing or being relocated will have no effect over the whole system.

The Colt Caloris WRF system is an automatic energy recovery system, which means that units running in cooling mode will reject heat into the water loop. This heat is transferred to remaining units requiring heating at minimal input of transfer energy. This results in high system coefficients of performance and attractive energy efficiency and running costs, again aimed at benefiting the end user.

But the benefits don’t stop there. WRF is also able to use ground source energy and the thermal mass of the building to reduce peak loads and temperature swings, and CO2 emissions are lowered significantly.

On top of this, Colt Caloris WRF is not so vulnerable to the many refrigerant changes that have occurred over the life span of VRF, and is well placed to accommodate future changes (for example, hydrocarbons or CO2) within existing systems, while the primary energy transfer medium – water – is well established and unlikely to need to change.

The simple controls and use of water also means cross compatibility between manufacturers is possible, giving the owner/user even more choice.

WRF has not been designed to replace VRF, but rather to offer clients greater choice in terms of air conditioning systems, especially when efficiency, running costs and the environment are deciding factors.