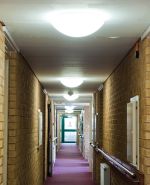 Official rankings show that a large number of universities and colleges are lagging behind in energy efficiency. Peter Lawrence, General Manager of Steinel (UK) Ltd, reports on a success story that could set an example for better environmental performance across the sector.

The recent publication of the first ever Carbon Reduction Commitment (CRC) league table has given us a new and unique ability to scrutinise which large organisations are winning and losing the battle for energy efficiency. The bad news for the Higher Education sector, however, is that a shocking 34 universities and further education colleges are placed at the very bottom of the league table, showing that they have had little or no success in cutting carbon.

For poor-performing universities and colleges, this is worrying in both environmental and financial terms. As universities are faced with unprecedented funding turmoil, forcing them to make stringent budget cuts, being slapped with an extra ‘carbon penalty’ for a low CRC ranking is the last thing they need. The Higher Education sector currently spends £300 million a year on energy costs (according to government advisory body, The Carbon Trust), and rocketing energy prices mean that this figure is set to rise sharply.

The pressure is on universities to improve energy efficiency, with the Higher Education Funding Council for England (HEFCE) demanding carbon cuts of 34% by 2020 and 80% by 2050 (based on 1990 levels), and tying funding streams to good environmental performance.

However, while HEFCE’s targets and strategies may be laudable, actually delivering these hoped-for savings is a much bigger challenge as illustrated by the 34 institutions languishing at the bottom of the CRC league table.

Getting the green light

As many people on the ground know, getting the green light for carbon reduction projects is often complicated by budgetary demands for instant savings and quick payback periods. How are other colleges and universities managing this delicate balancing act? Well, despite the poor showing of many Higher Education institutions in the CRC league table, an impressive 37 universities and colleges are ranked in the top 30%. This means there are plenty of best practice examples to follow and one such top university is King’s College London.

King’s College has demonstrated a long term commitment to using behavioural change education policies to help its students to change their energy wasting habits. However, despite seeing many students begin to change their behaviour for the better, a sticking point has been the inevitable high turnover of students at the university. No sooner has one cohort absorbed the energy conscious thinking, than they have been replaced by a new intake. For King’s College, this was especially true at its halls of residence.

At the university’s Great Dover Street halls of residence, a large amount of energy was wasted by lights being left on unnecessarily. Here, 769 en-suite single bedrooms are located in 113 apartments, served by a network of totally enclosed corridors that offer no natural light. As a result, lights were often left on 24 hours a day, 365 days a year.

It made sense for King’s College to invest in sensors that could power down the lighting automatically when there was no one in the vicinity. Electrical contractor Adlec Installations Ltd was brought in to replace manually switch-operated ceiling lights with more than 800 high frequency sensor controlled lights from Steinel (UK) Ltd’s RS PRO range.

“The RS PRO 500 sensor-controlled lights have totally solved our problem,” says Keith McIntyre, Energy and Environment Manager at King’s College. “The students have some low level background lighting (from the 3w LED module) with the main low energy lamps activating as soon as someone enters the corridor. Further lamps activate as the person moves along the passage. The lamps remain on for

15 minutes before switching off automatically.”

The Steinel sensor lighting proved an instant win in terms of carbon savings. But, for Mr McIntyre, the project couldn’t have gone ahead if he wasn’t certain that the sensor lights were quick to fit and disruption-free. Mr McIntyre says: “The real beauty is that RS PRO 500s can act as stand-alone units meaning that we didn’t need to rewire the corridors, saving thousands in installation costs.”

What’s more, by securing funding for the project through the government-backed Salix scheme, King’s College was able to reduce its capital investment risk. To get the green light from Salix, the college needed to demonstrate that the project would cut carbon at a cost effective rate. “With the Salix funding there are strict criteria on ‘carbon savings per pound’ as well as installation costs, but by using the Steinel RS PRO 500s we could meet these requirements and demonstrate payback within two years,” explains Mr McIntyre.

To make it even easier for organisations to secure financing for carbon reduction projects, Steinel has even launched a device that calculates the potential for energy savings if presence detectors were installed. The PROLog device can be positioned unobtrusively below the ceiling at various points within a building, where it then records the actual usage of lighting over a month long period, including instances where lighting is left on unnecessarily and energy is wasted. This data helps organisations to build the business case for sensor-controlled lighting and calculate the precise payback period across their premises.

At King’s College, since the payback period of the RS PRO 500s was just two years, the university has chosen to go ahead and install more of the sensor lights in the remaining three blocks of its Great Dover Street halls of residence. This will bring the total number of sensor-controlled lights to around 1,000. What’s more, King’s College has freed up the capital to undertake even more carbon reduction measures, by reinvesting the money saved as a result of the sensor lighting.

Though many universities and colleges may currently be lagging behind in terms of energy efficiency and cutting carbon, pace-setters like King’s College are demonstrating that making tangible energy savings is both possible and of real benefit. Here’s hoping that the next CRC league table shows greater gains in environmental performance for the Higher Education sector.