Training for the Olympics 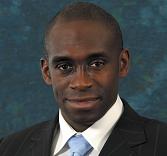 As I write this, the start of the 2012 London Olympic Games remains six years, one month, 25 days, five hours, and 46 minutes away.

It sounds like plenty of time to prepare for what is set to be a terrific sporting celebration for the country, as well as a tremendous opportunity to showcase the very best in British design and construction on a world stage.

Of course, being ready on time will literally demand an Olympian effort from all those involved in delivering the London Games. Keeping the project on track between now and the opening ceremony on 27 July 2012 will require tens of thousands of construction workers, among them numerous building services engineering employees.

Nonetheless, we must not get carried away with the scale of the Olympics. To put it in perspective, at their peak, projects related to the 2012 Games will employ something like 2.7% of the Greater London construction workforce. At no point will they account for more than 4% of London’s building programme.

So, the value of the work generated by the Olympics and the amount of employment it will create is not huge in national terms.

I believe the real impact of the London Games will be political – they may be the only chance we have to ‘pump prime’ the building services engineering sector with the skilled people we need for the next 20 to 30 years. They are also an opportunity to review skills, new technologies, regulation, and business models to create a stable foundation for the future.

However, there are a couple of potential clouds on the horizon that threaten this opportunity. One is the sheer number of stakeholders involved in the London Olympic project.

These organisations and their initiatives do not always appear to be co-ordinated, and most seem to have fairly short-term, localised needs to fulfil. The danger is that by concentrating on these disparate, immediate, and parochial objectives, the opportunity will be missed to improve long-term employment and skills development, and raise the employability of people and the skills level of the sector.

I believe this danger can be neutralised, but only by co-ordinating the different organisations and their responsibilities so that short-term needs become the foundation for developing the long-term requirement for fully qualified, fully competent operatives.

Creating a qualified operative takes between three and four years, so the timescale for the Olympics won’t allow us to make a huge impact on the Games themselves.

Nonetheless, we can use them as a means to attract the brightest and the best into the building services engineering sector, and up-skill those already in it. After all, the Olympic bid was won on the promise of sustainable regeneration with the prospect of real jobs for local people, and the Games certainly have the potential to deliver this sort of skills legacy for the country.

However, this brings us to the second potential cloud on the horizon: The fear (expressed most recently by the London Chamber of Commerce and Industry) that cheap migrant labour, attracted by Olympics-related construction, will take all the best sub-contracting work in London.

It is true that we are likely to use the skills that are already out there – around the UK, in Europe, and beyond – to help build the Olympic facilities. But I think the real threat comes not from a migrant workforce, but a migrating workforce. It is clear that for the 2012 Games, we are not simply constructing facilities for the Olympic athletes; rather, we are building something that should last into the future. A migrating workforce would mean there was no guarantee in the future that we could service, maintain, and sustain what we build.

That is why it is crucial that we, as a sector, use the London Olympic Games in 2012 as a catalyst to promote longer-term objectives such as those for which SummitSkills was created, namely:

Only six years, one month, 25 days, two hours, and 18 minutes to go – let us hope we meet the Olympic deadline and that we have the resourcefulness to take full advantage of the Games.