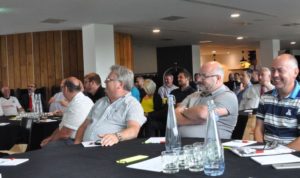 David Dunn, managing director of sales for Toshiba Air Conditioning in the UK, said: “Having looked in detail at the current options, we believe R32 is a good option as the industry makes the transition away from higher Global Warming Potential (GWP) R410A refrigerant. R32 is less expensive and better for the environment than higher GWP options.” 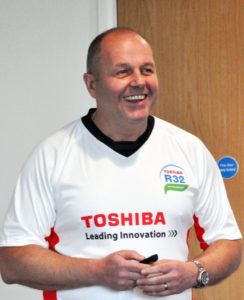 He added: “Our priority is to ensure the highest standards of safety for all Toshiba installations, and to this end we will support customers through this transition to ensure it is done as safely and cost effectively as possible.”

Toshiba’s Super Digital Inverter (SDi) and Digital Inverter (Di) are now available pre-charged with R32, while R410A-based equipment will continue to be sold until existing stock runs out. Toshiba will continue to supply its award-winning SMMS-e and SHRM-e Variable Refrigerant Flow (VRF) systems on R410A, which is currently the most suitable refrigerant  for use with large distributed systems.

In the VRF segment, for which R32 is not suitable, Toshiba is working on a number of promising new technology options to enable a timely transition away from R410A, which is part of the phase down under the F-Gas Regulations. These would be fully compliant with the latest requirements under the Ecodesign Directive, which introduces strict new efficiency standards for equipment sold in the EU from 2021.