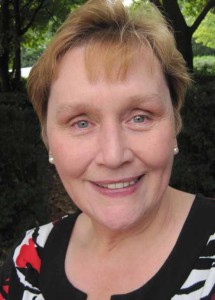 If, like me, you grew up in the ’60s, you’ll remember Thursday night’s TV… Top of the Pops and Tomorrow’s World – the latter, regularly drawing the kind of audiences (12.6 million!) that would be enough to put a smile on Simon Cowell’s face.
Robotic vacuum cleaners, pocket calculators, ATM machines, CDs, barcode readers and camcorders all debuted on the show, along with the first mobile phones. I can remember watching an item about Ceefax and thinking, “that’ll never happen”. How wrong could I be?
Home automation was also in its infancy – and to a youngster, it all seemed so futuristic and cool – like something out of the Man from Uncle. Wow, blinds and curtains that opened and closed at the touch of a button. Electric gates that opened remotely. Pioneering stuff. Well it seemed like that, to someone who grew up in the austerity of a post-war home that still had coal fires, paraffin heaters and linoleum on the floor!
I wonder what Tomorrow’s World would have made of today’s building management systems and intelligent building controls?
Last month’s BSEE Building Controls Show was a real eye opener – quite an education, in fact. In terms of visitors and stand space, it was our biggest show yet – an indication of the interest that this unique market sector is now attracting.
Smart buildings are not new. The technology has been around for some three decades. But with the climate agenda and the need to conserve energy, the technology is now being embraced more than ever before.
From air quality and lighting to security and access, building controls are as intelligent and adaptable as you make them. The ability to control energy output in terms of heat, light and air quality, in relation to occupation, is a no-brainer.
Time and again, however, as I visited the stands, I heard that a lack of understanding about the technology and its possibilities could be a barrier to specifiers. Manufacturers must also design in “ease of use” to the technology to further broaden its appeal.
If you didn’t make it to the show, check out the Building Controls Show review pages in the November issue of BSEE to find out what you missed.
By the way, a number of inventions that featured on Tomorrow’s World were consigned to the annals of history… including a fold-up car that fitted into a suitcase!