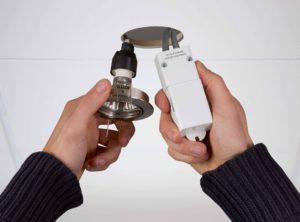 Problems of flickering LEDs when they are controlled by smart switches and on standby arise because most of these automatic switches are designed to operate as a replacement for a standard 2-wire light switch where there is normally no neutral connection available at the switch. For these switches to function a small amount of power is drawn down through the switched live connection to operate the switch whilst in standby: that was never a problem for incandescent or halogen because the current was too small to have any effect, but it has emerged as a nuisance with LED lighting.

Now Timeguard has developed a patented device that creates an electrical environment for automatic switches and LED lamps to operate in harmony without having to modify the automatic switch or LED lamp by diverting the current from the LED or CFL lamp. The Timeguard ZV900 Automatic Switch Load Controller is inexpensive, easy to install, slips neatly through a standard 50mm ceiling aperture and you only need one per switching circuit.  It will work with just about any make of smart switch and LED or CFL lamps, so you can go out and fix existing customer problems at a stroke.