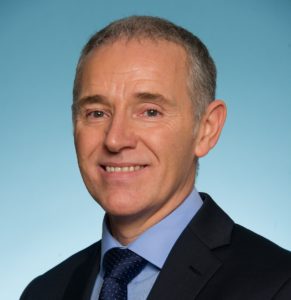 The ECA will be launching in late April Power Players, a brand new industry-wide initiative developed to find and promote exceptional talent within building services engineering. Aimed at those up to 39 years of age, the initiative aims to capture the innovation and skill of individuals in the earlier stages of their careers. There is an array of prizes on offer to those entering, including a trip to the USA worth thousands of pounds, and mentoring from business guru Sir John Parker.

The ECA is collaborating with a range of industry bodies to develop and promote the competition, including Building Services and Environmental Engineer magazine. Partners include All Things Media – who are running this year’s Electrical Design & Install Expo, and the Electrical Industries Charity. As EIC’s CEO Tessa Ogle notes ‘Power Players is a very important initiative because it will provide recognition for young people who are already making a positive impact in the early part of their careers’.

Supporters of the initiative include:

The entry process will be entirely digital and will simply require the submission of a short video showcasing the outstanding or impactful work. Entrants can record their video however they wish (professionally produced videos are not required!). We want to hear from anyone whose work within the diverse building services engineering sector demonstrates leadership, collaboration, innovation or creativity and has had a positive impact on the industry or society.

A panel of industry experts will shortlist the leading entries, with the final five then put to a public vote on social media – with the entire industry encouraged to vote for their favourite contender during August and early September.

The final five nominees will be showcased during the Electrical Design and Install Expo (ED&I Expo) at the NEC in Birmingham in September 2017, with the top two announced on day two. They will receive an array of prizes and opportunities, including:

Trip to the USA worth thousands of pounds

Winners will visit the (USA) National Electrical Contractors Association (NECA) Conference 2018 in Philadelphia, PA from 29 September – 2 October. NECA have kindly confirmed they will host the two winners during the conference. Flights, accommodation and a daily allowance will be covered as part of the prize. http://necaconvention.org/

Sir John is chair of global mining firm Anglo American and former president of the Royal Academy of Engineering from 2011 to 2014. He notes: ‘I am honoured to be invited to hopefully add some value to the winner of this important ECA award.’

The Electrical Industries Charity has offered to provide a scholarship grant entitlement to the winners, to utilise on a fundraising initiative.

Individuals who work for any of the following types of organisation can enter:

Power Players opened to entries in late April, and anyone interested in the initiative can visit www.eca.co.uk/business-industrysupport/awards/power-players to find out more. With such fantastic prizes on offer for the winners of Power Players, we look forward to receiving entries from leading young people right across the industry.