The heat is on: how Artificial Intelligence is helping to ward off the Swedish winter chill 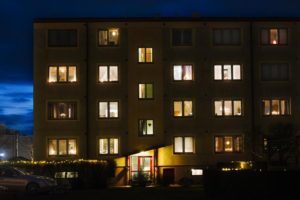 A unique combination of tried-and-tested hardware and cutting-edge software – in the form of a self-learning algorithm – is revolutionizing district heating in Sweden.

Kristian Olsér, Ronnebyhus’ operations chief, estimates that installing the new Alfa Laval Midi Compact system in 2013 cut his apartment blocks’ energy use by 25 percent, hydraulic balancing reduced energy use by a further 10-12 percent, and installing the NODA software cut an additional 7-8 percent. “You can almost cut energy use by 50 percent,” he says.

The control system, managed by a self-learning algorithm from the IT company NODA, automatically calibrates the Alfa Laval IQHeat controllers in the buildings keeping residents warm and dry from the Swedish winter chill. NODA’s system is extremely precise and much better at fine-tuning than the most skilled energy manger.

The NODA system takes in data from all the buildings connected to it, using the data to create a detailed digital model of each one and then comparing it to similar buildings. The idea is to build up a model of the way each building stores heat, its heat inertia, and use that to better manage energy use. “We think a computer or an algorithm is a little bit cleverer in deciding how a building should be operated than a human,” says Patrick Isacson, NODA’s chief executive.