The 18th Edition and fire safety: what you need to know 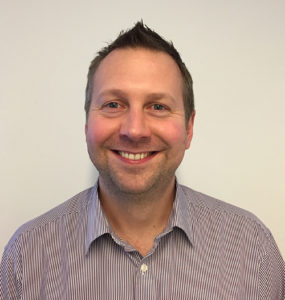 The Wiring Regulations, also known as BS7671, have undergone a new round of changes (the 18th Edition) to keep up with the ever-evolving ways we design and install electrical installations. Key amendments to Regulations on fire safety, particularly regarding escape routes, need to be given careful consideration.

Building regulations since 2014 have required all circuits in new or rewired homes to comply with the requirements of BS 7671, which includes an increased use of Residual Current Devices (RCDs) and, more recently, metallic consumer units. Better designed, installed and tested circuits represent a general improvement in electrical safety – and by extension, fire safety.

The previous (17th) Edition of the Wiring Regulations was amended in 2015 to ensure all cable installations along escape routes were supported so as to prevent premature collapse in the event of fire in order to improve fire safety of the occupants and fire fighters.

Before this change was introduced in the 17th and expanded on in the 18th Edition to remove the term ‘escape route’ and broaden this approach to all locations, many types of wiring system were liable to fall from walls and ceilings in the early stages of a fire, leaving cables hanging. These cables have become entangled around the fire fighters’ breathing apparatus and/or uniform leaving them trapped and running out of air. This directly caused the deaths of eight fire fighters in the UK between 2005 and 2010. These tragic events helped to drive a new round of changes in legislation.

What are the changes?

BS 7671 is not retrospective, so the changes are aimed at new installations. However, the 18th edition has highlighted some areas that were perhaps lacking clarity in the past.

For example, Amendment 3 of the 17th Edition required adequate protection of cables against premature collapse in escape routes – a term that was not always clearly defined. Now, the 18th Edition requires adequate support against premature collapse of cable in all areas. This is not retrospective, but it means all new designs conforming to the 18th Edition will have more robust supports for cables in all locations.

When it comes to fire safety, the 18th Edition has expanded upon previous Regulations and amendments, broadening the scope of installers’ and designers’ role in providing a safe installation with consideration to fire engineering.

Existing installations that have been installed in accordance with earlier editions of the Regulations may not comply with the current edition in every respect, but this does not necessarily mean that they are unsafe for continued use or require upgrading.

ECA recommends that all building managers continue to ensure their buildings are compliant, up to date and to carry out regular inspections of electrical systems to highlight any potential failings and areas of improvement.

Fire safety in the 18th Edition

There are a range of other changes within the 18th Edition. More information on these can be found at www.eca.co.uk/Project18.