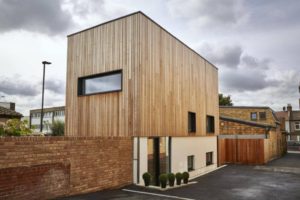 Saniflo – the UK’s leading designer and manufacturer of pumps, macerators and shower cubicles – has helped make a big dream of a Grand Designs tiny house into a reality.

Built and designed by 28-year-old design engineer Joe Stuart of Joe Stuart Industrial Design for him and his girlfriend to live in, the couple’s tiny house was featured on popular TV show Grand Designs earlier this year. 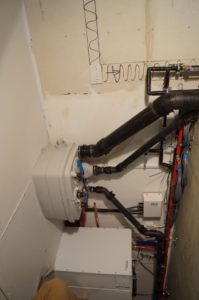 The 38m² plot required an innovative solution to maximise the space to convert it into a two bedroomed, two-bathroom property, which involved digging down to form a basement and building six half floors.

The first bathroom is gravity fed, whilst the second – originally designed as a laundry – sits half a floor down from street level and required a pump to take the waste to the discharge point. The industrial design wetroom features a shower, basin and WC each feeding into a Saniflo Sanicubic Pro 2 macerating pump situated directly beneath the wall hung WC in the basement. The pump will also take waste from a washing machine which will be sited in the basement and has additional outlets for the connection of future appliances. 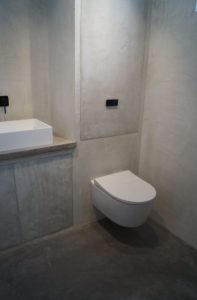 The Sanicubic Pro 2 featuring dual motors, offers continuity of service, so if ever one fails then the other will assume the workload. The Saniflo pump enabled the couple to install a second bathroom which adds value to their home. The unit is plumbed into the basement and the couple were even able to install the pump themselves and say it was really simple and straightforward. Because of the multiple connection points, they will be able to plumb more appliances into the unit in future.

Saniflo UK Head of Marketing and Product Development, Ann Boardman, comments: “What Joe has achieved with the Grand Designs tiny house is incredible and whilst his design was workable without the Sanicubic, he was able to install that all-important second bathroom with it adding value to his home. It also enabled him to site his washing machine in the basement rather than elsewhere in the property. Domestic and commercial projects up and down the country rely on macerators and pumps to function, everything from prestigious London landmarks like The Shard, and tiny London landmarks like Joe’s home. Using macerators and pumps really expands the scope of what we can do with seemingly insurmountable projects.”