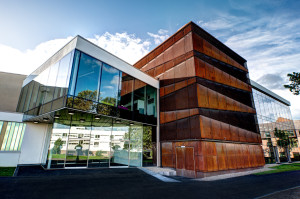 In a measurement and verification project at the University of Salford, Sabien’s M2G boiler load optimisation controls have been shown to deliver average fuel savings of 13.5% with a payback of around 0.6 years. As a result of these verified savings, M2Gs are now being installed across the University’s estate.

The University of Salford is one of 33 universities taking part in the Carbon Trust’s Higher Education Carbon Management (HECM) programme. Consequently, it has already taken a number of measures to reduce energy consumption and carbon emissions and is continually exploring further opportunities.

“One of the areas we investigated was that of boiler dry cycling,” recalled the University’s Energy Manager Matteo Littera. “We explored a number of options on the market but recognised that, other than the Sabien M2G, they would not deliver the required quality, performance and savings. We were also impressed that Sabien validates energy savings in line with the International Performance Measurement and Verification Protocol (IPMVP).

“We also considered re-configuring the building management systems but it was clear this would require many hours of re-programming and could not compete on cost,” he continued.

Initially the M2Gs were installed on 11 Remeha Eco 3002 boilers in three buildings, selected on the basis of being typical of those across the estate. Energy consumption was then measured, compared to previous consumption using Degree Day data to allow for weather variation. In addition to the 13.5% reduction in boiler gas consumption, the project will reduce CO2 emissions by 186 tonnes per annum from the pilot sites. As a consequence, it deliver further savings by reducing CRC costs by nearly £3,000 a year.

The subsequent roll-out programme has now begun and will eventually see M2G units installed on around 30 boilers.

Sabien provided a comprehensive project management package from the initial feasibility study through to final commissioning. “The implementation was one of the best parts of the project. Sabien were fantastic and took care of everything without any chasing from my side,” Matteo Littera added.