Renewables had a great year, according to NAPIT

In January last year, NAPIT (National Association for Professional Inspectors and Testers) predicted that 2014 would be the year of renewables and, with many positive predictions being made over the last 12 months, it seems this forecast was indeed accurate. 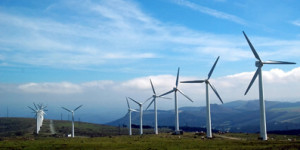 In November, a report stated that worldwide solar PV capacity could treble by 2020. This came at a time where the Solar Trade Association (STA) predicted that solar will become cheaper than gas by 2018. The positivity in the solar industry was evident throughout 2014 and solar PV installers can look forward to an even brighter year in 2015.

As well as the solar industry looking to build on a strong year, research findings concluded that the low carbon domestic market could be set to treble by 2017. This is great news for installers that deliver measures under the RHI, as the industry looks set to grow from strength to strength over the next two years.

Managing Director of NAPIT Certification, David Cowburn, said: “It’s been a fantastic year for the renewable sector. Despite uncertainty and adverse publicity around some of the Government schemes, the industry has still remained positive and gained real momentum throughout the year. The number of MCS installations continued to rise and there are even predictions that technologies such as solar PV will be able to prosper completely without subsidies by 2020.”

NAPIT offers MCS and Green Deal certification for installers working in the renewables and energy efficiency industries as well as offering training courses that cover various renewable technologies, such as solar PV and heat pumps. NAPIT saw interest in the MCS scheme increase significantly last year as positivity within the industry grew, as did interest in renewable training courses.

To find out about NAPIT’s MCS and Green Deal schemes visit http://www.napit.org.uk/microgeneration.asp or view the renewables and energy efficiency courses available from NAPIT Training at www.napittraining.co.uk