Following the results of a recent Energy Institute (EI) survey, commercial heating solutions manufacturer, Remeha, has echoed the organisation’s call for the Government to strengthen energy efficiency policy. At the same time, it has urged policymakers to ensure that these are followed through more robustly when delivered.

64% of energy professionals who took part in the EI survey said that energy efficiency should be prioritised. Respondents considered it the least expensive and lowest risk measure to reduce emissions and support the UK in seizing the economic advantages of moving to a low-carbon economy.

Despite the importance of energy efficiency, only around half of those surveyed felt that government policy had been effective in this area during 2016. Without better policy instruments, nearly eight out of ten respondents believe the UK will fall short of meeting the fifth carbon budget, which requires emissions to be 57% lower than 1990 levels by 2030. 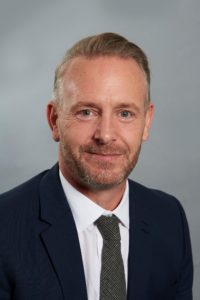 Paul Wilson, pictured, national sales manager – CHP at Remeha, comments: “Energy-efficient technologies such as Combined Heat and Power (CHP) can provide businesses with an affordable route to cleaner energy, whilst reducing their energy bills by around 20% by generating heat and electricity simultaneously on site.

“Buildings such as hospitals, care homes and large hotels have high and continuous year-round heating loads and will benefit from using CHP alongside condensing boilers. CHP can produce electricity at gas prices, which is approximately eight pence cheaper per kWh than buying it directly from the grid.

“But to encourage building owners to invest in the necessary technology in the first place, the government must take a stronger stance on energy efficiency, and ensure that policies are reflected in any legislative and market frameworks.

“The EI has rightly stressed that policymakers should listen more to ‘those who understand how policies will be delivered on the ground.’ This would help to ensure that any legislation, guidelines and market mechanisms fully deliver on the promises made at policy level. Too often, opportunities are missed to incentivise the adoption of more energy efficient technologies due to loopholes and gaps in the system.

“Without more support for energy efficiency at both policy and delivery levels, the UK stands to lose out on the economic and environmental benefits offered by technologies such as CHP.”