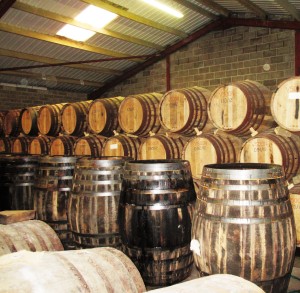 Burrow Hill Farm in Somerset has been pressing apple juice for cider for 150 years and distilling the cider into its unique Somerset Cider Brandy since 1989. Now, a Remeha Quinta Pro boiler is playing a key part in pasteurising the Farm’s apple juice and in fermenting the company’s award-winning Burrow Hill Cider.

Owner and distiller Julian Temperley follows an environmentally-friendly fermentation process, avoiding all use of artificial products and concentrate, instead preferring to use his own method of passing the apple juice through a heat exchanger before bottling. So when his ageing atmospheric boiler and heat exchanger heating package began to fail, he was keen to install the greener Remeha Quinta Pro 30 LPG recommended to him by contractor Gary Turner of GT Building Services Ltd. In a change to its more conventional role delivering space heating and hot water, at Burrow Farm the Quinta Pro provides hot water through the heat exchanger to pasteurise the apple juice and the sparkling ciders.

Production director Tim Stoddart is extremely pleased with the results. He commented: “We have noticed huge gas savings thanks to the Remeha boiler, with fuel consumption reduced by 50 per cent in the last six months.”