Putting the intelligence into buildings 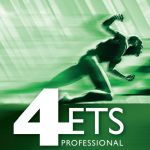 The KNX Standard was created by the KNX Association and is the world’s only Open Standard for home and building control and is approved to European Standard GENELEC EN 50090, US Standard ANSI/ASHRAE 135, International Standard ISO/IEC 14543-3, and Chinese Standard GB/2 20965.

The standard has been adopted by many international manufacturers who offer a vast range of KNX certified products that have guaranteed interoperability, working together seamlessly. The KNX registration mark is also a sign of the quality of products. The common link is the ETS software tool which is used to create KNX based intelligent building and home automation solutions by building automation engineers and systems integrators throughout the world. It is a manufacturer independent product and designed to facilitate the easy installation of KNX projects.

The latest generation of the ETS tool, the ETS 4, will be available from October 2010 having been launched as a Beta version at the Frankfurt Light+Building Show in April 2010.

The design of the new ETS 4 reflects the demands of engineers for a software tool with even more technical features and a more intuitive user interface. These requirements reflect the fact that the range of applications for which bus technology is now used continues to grow whilst the average KNX installation is now also larger. In addition, the level of functionality that non-residential buildings need to offer the owners and users has become more diverse whilst the drive for continually increasing levels of energy efficiency has put greater onus on the specifier, building services engineer and the systems integrator when designing, installing and commissioning KNX projects both in the new build and refurbishment sectors.

The KNX Association engaged in extensive research and consultations with both long standing KNX professionals and also novices with little or no KNX knowledge. The work with the newcomers was particularly important and the result is that the ETS 4 tool is characterised by the new modern design of the user interface, clear presentation, a step-by-step guide, topic based help function as well as intuitive drag and drop functions.

Examples of innovation include the overview page where users can view projects and access further information such as KNX News. The project administration view shows project data and properties more clearly than the previous generation of ETS tool. The lists for opening databases and projects as well as importing dates and viewing recently opened projects are very useful features and simplified navigation and the larger overviews provided by the single window interface will appeal to both experienced professionals and newcomers to KNX alike.

Another advantage of ETS 4 is the guided workflow which is a step-by-step tutorial for creating bus configurations. System checks can be carried out at any time, allowing possible configuration errors to be quickly detected. Drag and drop features – used to assign group addresses to communication objects – make working with ETS 4 even more intuitive and users can also put together their own customised interfaces according to the way they want to work.

Of course, all software can only be considered good if it is kept up to date. The KNX Association has therefore made sure its ETS 4 is based on the highest standards and operating systems and in order to meet future requirements, the ETS 4 has data exchange formats. Thanks to XML, a platform independent universal standard is assured and visualisation experts can access all KNX projects related information in text formats on top of and beyond the general ETS data. The new ETS 4 data exchange format can be opened and displayed in any text editor or web browser.

The standard open interface allows the integration of numerous apps and therefore the opportunity to extend the functionality of the ETS 4.

The project tracking function is helpful for extensive parameterisation work which is often performed by several users. This function logs all information with regard to changes made for parameters and addresses, all imports and exports. All these events are kept in a project database with a time-stamp together with details of the user.

The long term recording function is designed to meet the growing demand for optimisation, repair and reverse engineering. Due to the fact that some KNX installations are already 20 years old, they may require servicing. The new software provides an even better way of doing this and this useful feature provides service technicians with detailed information on, for example, telegram traffic in the system, bus loads, timings and so on.

One of the very first tasks with ETS 4 is setting up, including its licensing and the installation of on-line updates. This task has also been optimised with the on-line update feature ensuring that the ETS is always up to date. The updates include any bug fixes as soon as they are available although users themselves can decide whether they wish to download and install any updates.

Overall, the new ETS 4 will make KNX systems integrators and planners more compliant, allowing then to implement KNX installations much more efficiently. The many new technical features and the intuitive interface means that those will little or no experience can gain entry to the world of KNX. The ETS tool is available to fulfil the demands of KNX applications globally. It is offered in 15 different languages and supports KNX installations for all media including twisted pair, RF radio frequency, Ethernet ITP and power line.

UK systems integrator Iain Gordon of GES Digital has already seen the Beta version of the ETS 4, prior to its October launch. He comments: “Overall performance is now faster than the previous ETS generation. For example, because of the way in which separate working steps have been combined and thanks to multiple copying and duplication of entire structures, it is now very quick to produce and re-use products, projects, lines and descriptions.”

Those systems integrators buying the current ETS 3 software tool before 30 September 2010 will automatically be upgraded to ETS 4 for free when it becomes available during October.