Putting energy usage under the microscope 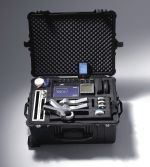 There was significant hype surrounding when the NHS reached its 60th birthday two years ago and not without good reason as today it is the world’s largest publicly funded health service. With a staff of 1.7m people, this means that only the Chinese People’s Liberation Army, the Wal-Mart supermarket chain and the Indian Railways directly employ more people. The number of patients that the NHS deals with is equally staggering – on average one million patients every 36 hours, which is equivalent to 463 people a minute.

Hospitals are a very significant part of today’s NHS, which play a key role in all our lives as they feature heavily at life’s main events being as they are the main providers of acute and maternity care as well as still playing a significant role in providing geriatric support. Because of their role they are the original 24/7 outlets as they always remain open for business.

This means that with these the demands, plant equipment also needs to operate 24/7 – week in, week out. Add to this the need to maintain a high ambient temperature and specific requirements for services such as constant hot water, and this all leads to an extremely high demand for energy. This fact was graphically highlighted by a recent report that was issued after a government survey that measured the annual emission of greenhouse gases by the public estate in England and Wales that showed the worst offenders. Prisons were in second place with 2,840 tonnes of C02, but hospitals with an average 4,089 tonnes of CO2 emissions each year took the top place as the worst energy offender (see figure 1).

Of the estimated 1121 hospitals in the UK, many were built pre 1980s when there was no thought or consideration given to any area of energy efficiency and when equipment like pumps were regularly over-sized by at least 10%. Although much higher efficiency pump products started to arrive in the Grundfos Pumps commercial portfolio from the mid 80s, even when pumps reach their natural ‘end of life’ when it comes to replacing them the most common practice is to read the pump name plate and then order the exact same pump – which is obviously still inefficient and oversized.

Because of the increasing cost of energy (both financial and environmental), the recent government commitment to address the challenge through the Carbon Reduction Delivery and Adaptation Plans will set out the detail as to how each department will pledge to minimise the damage of climate change. These plans will outline the aims of the department, the measures that will be taken and the milestones they will use to monitor progress. Targets include an overall pledge to reduce greenhouse emissions by 34% by 2020 from their 1999/00 levels.

But how easy are these ambitions to translate down the line so that everyone in the chain, from consultants and contractors to people on the ground i.e. estate maintenance, operations and service personnel, can really understand what role they have to play and how the decisions that they make everyday, can impact on these results?

None of us would today dream of walking into a car showroom and purchasing one of the gas guzzlers from the 60s/70s as our everyday run around because it would cost us a fortune in fuel. Exactly the same is true with pumps and by simply replacing ‘like with like’, what you will frequently end up with is purchasing the equivalent of a ‘G’ (or worse) rated appliance.

With the estimated annual spend within the public sector put at a huge £4bn a year, just to pay the energy bills; the Government accepts it can make a significant contribution to delivering energy optimisation. However, it has not, from what we can gather, given the personnel in key estate management roles the tools to allow them to translate what areas of their plant equipment they should be looking at and what would offer the greater return on investment.

With the huge range of variable speed pump products and solutions available today that are suitable for a wide range of applications, there are certainly many energy efficient options to choose from as well as many good reasons to select them.

We are all aware of Pump Affinity Laws that predict the effects of changing the speed of a centrifugal pump and show the clear affinity between rpm, flow and head that results in effect (power consumption). The actual result of this is that with just a 20% reduction in speed the electrical saving is 50%. If however the speed can be reduced by 50% the equivalent electrical saving is a massive 87.5%. The greatest of these Cube Law savings are often found in applications involving centrifugal pumps.

Recently there have been many hospital projects up and down the country, both new builds and refurbishments that have put energy high on the agenda and many buildings are now reaping the rewards of lower energy demands. However, with the public spending belt about to be so severely tightened, what will happen to projects like this in the future?

One of the main issues in instances like these is to be able to demonstrate the worth of undertaking remedial work like this before making any investment.

Help is at hand

As we’ve already stated many current pump systems are inefficient and the longer they have been installed the greater the chances that they are operating poorly and are using considerably more energy than they should. This can be due to a number of reasons including initial pump over-sizing, change of system use since the original specification was made, poor service history and the availability of more modern variants.

So is there an easy solution to give the pump owner an overview as to how their pumping system is currently operating and now today, we can answer ‘yes’ with the Pump Audit Tool from Grundfos.

What is a Pump Audit?

We are all familiar with the process whereby accounts go through an audit process that is conducted by trained accountants, who verify that our accounts are an accurate and true reflection of our operations. In much the same way the Pump Audit system from Grundfos offers a similar professional on-site check-up but for pumping systems.

Audit timings are agreed by individual arrangement with each client. The audit system is set-up at the site/location by a Grundfos designated service engineer and this tool can be used in virtually all known applications with a solids content up to 5% and pipe sizes from 25mm to 5000mm.

The audit will then check the overall efficiency of the current pumps. This is achieved by means of a meter that is set-up via two sets of power clamps that transmits the information it collects to a pc based data logger. After a set period (dependant on application type, usage and load profile but normally in the region of a couple of days) the collected data is analysed and undergoes a number of calculations to make it relevant to the specific application. To complete this stage of the process a report is drawn up.

Recommendations are then made which will offer various options all of which will mean that the system will operate more efficiently and save money on bills as well as contributing towards conserving precious energy resources.

There will be a long road ahead for the public sector before we go back to a time of plenty, but austerity measures need to be viewed as a check and balance and where it makes sense to upgrade systems to improve efficiencies and save money and resources, having an early check-up makes so much more sense than waiting for a complete breakdown.