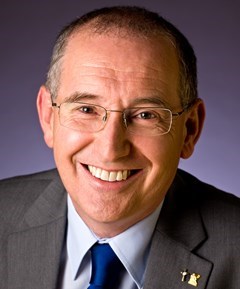 Mr Wilson is recognised as one of the UK’s most influential building service engineers and works tirelessly in the promotion and advancement of Engineering and Sustainability. This includes becoming a STEMNET Ambassador (2002 – present) which sees him undertaking regular presentations in schools to promote STEM (science, technology, engineering and maths) subjects and in particular engineering as a viable long term career option. This includes: changing the perception of the built environment engineering from the traditional construction industry and aligning it to the reduction of both energy consumption and carbon usage.

In addition, he has been a member of the Building Services Research and Information (BSRIA) governance council since 2001, providing industry insight that allows BSRIA to take a leading position in the development and implementation of best practise for the industry, with a focus on skill development, conservation of fuel and power in buildings, low carbon/energy design, sustainable buildings and developments, renewable energy systems and façade engineering. He is the chairman of the BSRIA Energy & Sustainability Network.

In addition to contributing to BSRIA and STEMNET, Mr Wilson has worked with similar organisations within the engineering industry, receiving an unprecedented level of industry recognition for his contribution and these include: Fellowships of both the Royal Academy of Engineering and the Chartered Institute of Building Service Engineers (CIBSE). He was the first winner of ACE Engineering Ambassadors award in 2008 and awarded a CIBSE silver medal in 2007 for his contribution. In 2010 he was awarded the Institute of Mechanical Engineers award for promotion of construction and building services.

Julia Evans, Chief Executive, BSRIA, said: “This is wonderful news for Ant, for the wider engineering and construction industry and an exciting way to start 2017. Ant has been a delightful contributor and loyal servant to industry over the years. And, indeed, he is a shining example for young engineers embarking on their career and life journeys. On behalf of BSRIA, I would like to warmly congratulate Ant for his many and varied contributions to the industry.”