New presidents for BRA and HEVAC 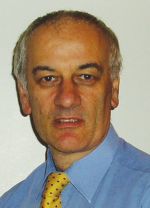 The new President of the British Refrigeration Association is John Austin-Davies, Commercial Director of George Barker & Co (part of the EPTA Group). John takes over from Bob Arthur of Marks & Spencer and will hold the position for a period of two years. Mike Lawrence of JTL Systems Ltd becomes the new Vice-President.

Mike Nankivell, Marketing and Business Development Director of Space Airconditioning Plc, has been named as the new President of the Heating, Ventilating and Air Conditioning Association, taking over the position from Geoff Lockwood of EBM-Papst UK Ltd. Mike will also hold the position for a period of two years and Graham Wright of Daikin Air Conditioning UK Ltd becomes the new Vice-President.

Both the BRA and HEVAC are part of the wider Federation of Environmental Trade Associations (FETA) and John Austin-Davies is also appointed Chairman of the FETA Board for a period of one year.