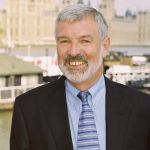 Mr Dossett’s appointment is part of a new CENELEC focus designed to impact on future European standardisation and the organisation’s own direction, governance and expansion through a common Management Centre for CEN and CENELEC (CCMC).

“I’m delighted to be taking on the Presidency at a time of great change in the electrotechnical industry and for CENELEC’s future evolution.

“Standardisation is as crucial as ever and our new strategies will ensure the organisation continues to make an impact. I’m pleased too that through this position, BEAMA has been recognised for its continuing influence on standardisation issues Europe-wide.”

With his term of office running until 31 December 2012, Mr Dossett brings considerable experience to his new CENELEC position. For three years he was Vice President and recently CENELEC’s interim President. He is also the Director of BEAMAInstallation, the UK’s trade association for electrical installation equipment manufacturers.