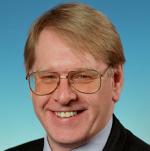 Roderick Pettigrew has been appointed to the new position of HVCA Deputy Chief Executive.

Under the arrangement, Mr Pettigrew will continue to fill his current post as head of the Commercial and Legal Department, but will also deputise for Chief Executive Robert Higgs, and have the authority to act on Mr Higgs’ behalf.

“Rod will progressively take an interest in, and make a contribution to, the work of other departments, as well as to the Association and the HVCA Group as a whole,” Mr Higgs explained.

An early extension of Mr Pettigrew’s remit will focus on the development of the Association’s knowledge management, customer relations management and intranet programmes.

Roderick Pettigrew was educated at the University of Westminster and the Inns of Court Law School, and served as legal adviser to the Construction Plant Hire Association before joining the HVCA.

In 1994, he was appointed head of the Commercial and Legal Department, a role which has included providing legal advice to the Constructors Liaison Group, the Specialist Engineering Contractors’ (SEC) Group and the ECA/HVCA Joint Major Contractors’ Group.

He has played an active role in the Government/industry review of the contracts legislation contained in Part II of the Housing Grants, Construction and Regeneration Act 1996, and is currently serving a fourth term as joint vice convenor of the Cross Party Group on Construction in the Scottish Parliament.