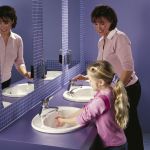 While infections caused by the legionella bacterium (Legionnaire’s disease) are relatively uncommon, vigilance against the organism has to be maintained because of the relative virulence (and lethality) of the condition, and the ease with which outbreaks could occur.

There are several hundred cases of Legionnaire’s disease every year, with a  mortality rate of around 10-15% – this may be higher in some population groups. The vast majority of infections occur in the community (57%), with a smaller number (3%) being hospital acquired and the remainder being generally acquired overseas.

The most recent catastrophic outbreak occurred in Barrow in 2002 when seven members of the public died and 180 people suffered ill-health as a result of legionella present at a local authority arts and leisure facility in the town.

Legionella bacteria can multiply rapidly in water at temperatures between 20°C – 45°C. As the temperature rises above 60°C, the majority of the bacteria will be killed within five minutes. Below 20°C it remains dormant. Maintaining water temperatures above 50°C and below 20°C is therefore the main method of controlling Legionella in water systems as recommended by the Department of Health, and the UK Health and Safety Executive.

Facilities managers and engineers have access to the guidelines for preventing legionella multiplying: the Health & Safety Commission’s Approved Code of Practice & Guidance for the Control of Legionella Bacteria in Water Systems L8 (AcoP L8) – which is an acknowledged source of best practice

It recommends a number of measures to assist in the control of Legionella bacteria in hot and cold water systems. These include establishing a temperature regime of maintaining supply temperatures to hot taps in excess of 50°C, and to cold taps at below 20°C.

Regular system maintenance is essential by flushing under-used outlets for several minutes on a weekly basis. Likewise, disinfection is vital by routine cleansing of the hot water circuit by means of thermal disinfection, raising water temperature to a level at which legionella will not survive.

Leading proprietary commercial TMVs now incorporate digital intelligence which makes them smarter, safer and more hygienic than lesser valves on the market. Not only do such TMVs allow ‘non-touch’ flow and temperature selection, helping to reduce the risk of cross infection; but the valves are also equipped with a number of features which help facilitate the implementation of the legionella control measures highlighted in ACoP L8.

On the temperature regime, ACoP L8 Para 169 recommends that hot water should be stored at 60°C and distributed so that it reaches a temperature of 50°C within one minute at outlets. Care is needed to avoid much higher temperatures because of the risk of scalding and where a significant scalding risk has been identified, the use of TMVs on baths and showers should be considered to reduce temperature.

Digital, intelligent valves will automatically compensate for changes in supply pressures and temperatures. This means that a shower, for example, is factory pre-set at 41°C, delivers 41°C during commissioning and continues to deliver 41°C throughout its life. That same digital intelligence also carries out a number of safety checks, many times per second. Where errors are detected, the valve ‘locks-out’ and the nature of the error is communicated to the service engineer via either the display or by interrogation with a hand held computer.

The best valves also include a second temperature sensor which can shut off the flow independently of the mixing valve if the outlet temperature exceeds safe levels – for any reason. This ensures that every user continues to receive the necessary protection all the time, every time.

L8 Para 165 deals with regular flushing of the appliance. With regard to legionella, it is a well known fact that the risk of breeding also rises when peripheral outlets are not in regular use and where dead-legs occur. ACOP L8 advises that flushing through these outlets for several minutes can significantly reduce the numbers of legionella discharged from the outlet.

Once started, this procedure has to be sustained and logged, as lapses can result in a critical increase in legionella at the outlet. Risk assessment may indicate the need for more frequent flushing where there is a more susceptible population present. In practice, when conducted manually, flushing the appliance not only consumes a lot of resource but also wastes water because frequently used outlets are flushed unnecessarily as there is no way to tell which are used regularly and which are not.

Again, leading proprietary commercial digital TMVs incorporate an intelligent duty flush feature that monitors the amount of time since the outlet was last used. If the outlet is not used for a pre-determined period, it automatically flushes at a safe temperature. Unlike other, less intelligent products, the non-use period, flush temperature and duration of the duty flush should be fully programmable. This is important because flushing for a few seconds is rarely sufficient to flush the whole dead-leg.

If biocide, chemical or ionisation treatments are used to treat the water system, they are usually prevented from reaching under-used outlets by dead-legs of water which build up prior to the outlet. Using a duty flush facility will ensure that such treatments pass through the TMV and the outlet pipe-work on a regular basis.

Constant vigilance for the factors that support the growth of legionella, and the implementation of effective preventative measures, can successfully reduce the incidence of infection. Implementing best practice and using the best, state-of-the-art equipment can be of assistance in the ever-present battle to reduce water borne infections such as legionella.

The importance of a water treatment regime