Tickets are now on sale for the Building Controls Industry Association (BCIA) Awards which will be hosted by multi award-winning Lucy Porter. 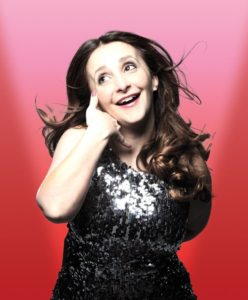 Lucy has been a huge hit with comedy audiences up and down the country for over 10 years with her distinctive, bouncy and feel-good comedy. She has also had vast success internationally and performed in the USA at Last Comic Standing and the Las Vegas Comedy Festival.

Her career has also seen her undertake various acting roles, including the critically acclaimed One Flew Over the Cuckoo’s Nest alongside Christian Slater. What’s more, as a writer and performer, Lucy has contributed to documentaries on BBC Radio 2 and BBC Radio 4 and was one of the lead writers on ITV1’s prime-time Sunday night satirical animation series Headcases.

Jon Belfield, President of the BCIA said: “We are delighted to have someone of Lucy’s stature on board as our host for the BCIA Awards. With her vast experience in comedy, acting and writing, we have no doubt that she will be a firm favourite with our guests and be the perfect host for what promises to be a highly entertaining evening.

“The Awards are a fantastic opportunity to celebrate and recognise the depth of talent within the building controls sector. The atmosphere is always electric, so I hope to see as many of you there for a memorable evening.”

The prestigious awards ceremony and gala dinner will take place at the Hilton Birmingham Metropole on Thursday 10 May 2018. Tickets include a three-course dinner, the awards ceremony, a range of post-show entertainment as well as networking with colleagues, media and industry peers.

A table of ten costs only £1,100 with individual places available for £130. To book your spaces, visit the BCIA website today and download a booking form.