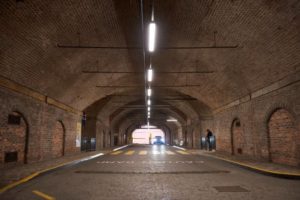 Manchester Central Convention Complex is an award-winning venue in the heart of Manchester, an iconic city feature for over 130 years.  The complex was originally Manchester Central Railway Station, one of the city’s main railway terminals.

With the capacity to handle large-scale conferences and exhibitions, good car parking and traffic management is of great importance. Luceco has recently supplied over 550 Climate luminaires to relight the parking facilities.  With cost effectiveness in mind as well as striving to improve the complex’s carbon footprint, ageing T8 fluorescent fittings were removed and replaced with energy efficient 6ft twin output LED luminaires. Luceco was chosen above other lighting manufactures due to the performance of the Climate luminaire and the significant energy savings that could be achieved. 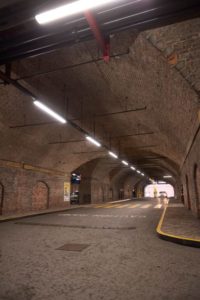 Climate Extra is a robust LED IP65 rated luminaire offering an efficacy of 140 Llm/cW with increased performance for improved energy efficiency. Available with integral microwave sensors in on /off or 10% corridor function or batten fit PIR sensors, Climate Extra is also available with DALI drivers and emergency back-up variants including Self-Test.

An opal diffuser enhances appearance and uniformity and a polycarbonate construction with stainless steel anti-tamper clips ensures a sturdy luminaire that is a cost-effective alternative to traditional fluorescent luminaires for many industrial applications. 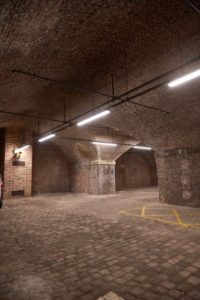 The Greater Manchester Exhibition Centre or G-Mex Centre was opened by the Queen in 1986 and in 2001 the Manchester International Convention Centre was added.   In January 2007 it was renamed Manchester Central, in memory of the former station. Manchester Central Convention Complex now includes an 804-seat Auditorium and 1800m² of exhibition or conference space.  The Complex’s world class philosophy is evident throughout the facilities they offer, including energy efficient and cost-effective lighting operation in their car parks utilising LED luminaires from Luceco.