Boiler, water heater and heat pump company Lochinvar is sponsoring the first-ever attempted circumnavigation of the globe in a scooter and sidecar.

Two friends, Matt Bishop and Reece Gilkes, are attempting to raise £50,000 for anti-slavery causes – including Unseen UK’s ‘Lets Nail It’ campaign targeting slavery in nail bars – by driving through 50 countries in five continents on a journey of over 40,000 miles.

The ‘As seen from the Sidecar’ mission set off from the UK in October and has so far travelled across Europe and was last spotted heading south from Egypt on the next stage of their journey through Africa. The two adventurers from Banbury – where Lochinvar is based – are linking up with anti-slavery organisations in each country they visit and relating their stories back to supporters in the UK “in the hope of inspiring a more personally connected world”.

The mission, which kicked off with a mass rally of scooters and sidecars from London to Paris, is raising awareness of the fact that, according to Matt and Reece, around 45 million people are living in slavery worldwide – of which at least 13,000 are in the UK.

“This is such an important cause,” said Lochinvar Managing Director, David Pepper. “It is an astonishing fact that there are more people living in slavery today than at any other point in history.

“Matt and Reece feel so strongly about the injustices in our world, and we were inspired by their sense of adventure and determination to make a difference. Lochinvar is proud to be supporting them on their extraordinary journey.”

So far, the two travellers have met hundreds of people and many organisations en route while also contacting around a million more via their online blog and email newsletter spreading the message “that slavery is here and we can change it”.

Pictured below: Matt and Reece get a great send off at the start of their global anti-slavery drive. 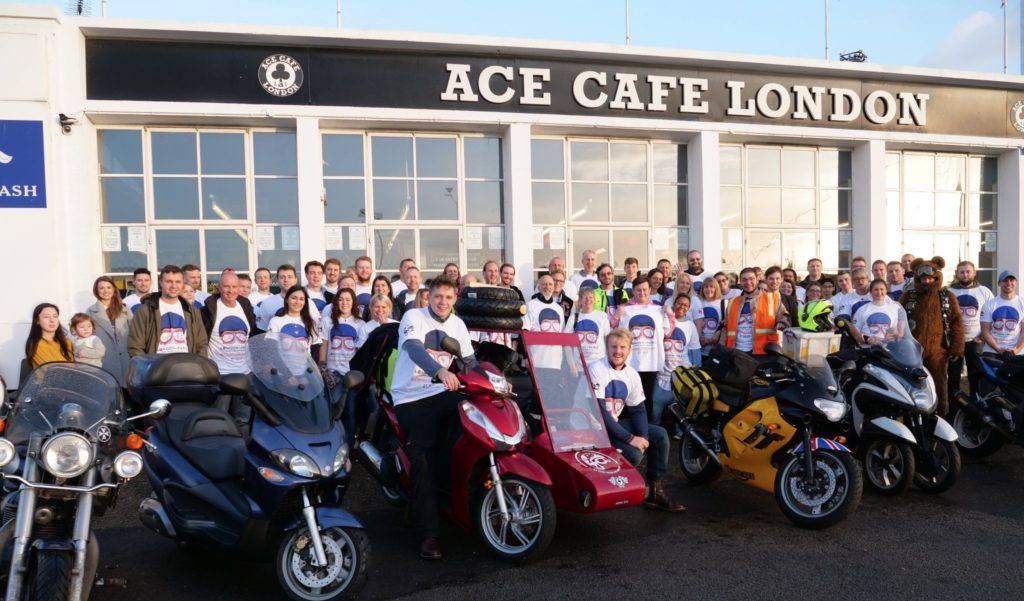