Levy not to blame for falling apprentice numbers 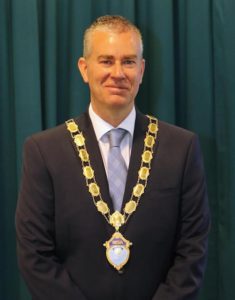 Teething problems with the Apprenticeship Levy are not the main reason for disappointing apprenticeship numbers, according to the Building Engineering Services Association (BESA).

A 25% fall in apprenticeship starts this year is a bitter blow to the government’s plans for creating three million new apprentices by 2020 and led to heavy criticism of the Apprenticeship Levy.

The Department for Education (DfE) revealed that new apprenticeships had dropped to 194,100 in the first half of the current academic year, but said the success of its strategy could not be properly judged until the full year’s figures are released in November.

Business leaders were scathing and the CBI called for the Apprenticeship Levy to be scrapped. Many SMEs said they were struggling to access the funding and that much of the training on offer by the 2,500 recognised providers was not fit for purpose. However, BESA believes the government is, more or less, on the right track.

“The figures are disappointing, but apprenticeships are going through a time of unprecedented change,” said BESA President Tim Hopkinson. “It is not just the Levy itself that is at fault. Employers are finding the changes challenging and too many training providers still deliver courses that are simply not relevant to the modern workplace.

“SMEs, in particular, are just starting to get their heads around how the funding from the Levy works – and the impact of larger employers passing on a share of their funds to supply chain partners has not kicked in yet. That could be a game-changer,” he added.

“We have seen some very positive work by employers, but there also needs to be much more support for training designed by employers for employers. This is the model for the New Standard apprenticeships, which are just getting up and running and must be backed up by more fleet-footed course providers willing to offer practical and targeted training. That is where the DfE should intervene,” said Mr Hopkinson.

Rather than scrapping the Levy, which is designed to raise £3bn a year to fund the training of a new generation of skilled workers, there should be renewed focus on making sure employers can access the funds, according to BESA.

Director of BESA Training Tony Howard appealed to the DfE to make the system more flexible by increasing funding to those training providers able to deliver specific courses for the industries in most need.

“Currently, employers are restricted to a relatively small number of large organisations able to provide non levy-funded apprentice training on programmes that employers evidently don’t want – and many of those do not cater for specialised industries like building engineering services,” he said.

“Employers are frustrated by this, but we are still dealing with a record number of enquiries from companies of all sizes wanting apprentices. We have also seen a 27% increase in new apprentices signing up to our New Standard courses,” said Mr Howard.

“Numbers are still too low, but that’s because of the lack of funding for SMEs. Employers can see the potential in the new training approach so, given time, the situation will improve.”