LEDs and their drivers light the way 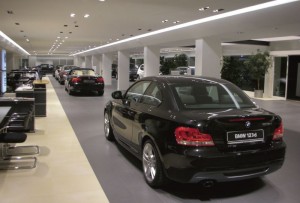 LEDs are one of the world’s most rapidly developing technologies, with the potential to dramatically cut energy bills and carbon emissions. Russell Fletcher, Sales and Marketing Director at Harvard Engineering explains how, if they are used with the correct LED driver, they also offer increasingly sophisticated lighting schemes to enhance retail, leisure, and commercial spaces.

Lighting currently accounts for one fifth of global electricity use, producing 1.9 billion tons of CO2 annually. To put that into context, that’s 70% of the world’s passenger vehicle CO2 output and 6% of global greenhouse gas emissions, so the potential for energy saving is vast. According to the International Energy Agency, a full switch to the latest energy efficient LED lighting combined with smart control and management systems could provide savings of up to 80%. There are many more benefits to be gained.

The initial cost of installing LED lighting is higher than using traditional technologies but energy and maintenance cost savings cancel that out very quickly. They cost less over the life of the system and provide a better, brighter quality of light. LEDs have an average lifespan of over 100,000 hours, the equivalent of 11 years of continuous operation or 22 years at half power. That’s more than ten times longer than any other light sourcecurrently on the market.

They emit more light per watt than traditional light bulbs, which is where the energy savings come in. Furthermore, LEDs give off light in a specific direction and are up to eight times more efficient than incandescent and fluorescent bulbs, which waste energy by emitting light in all directions.

Also unlike conventional bulbs, LEDs do not waste most of their energy as heat; they remain cool. Last but not least, they light up very quickly and can be dimmed either by pulse-width modulation or by lowering the forward current, which leads to further cost savings.

LEDs have been around for many years in digital clocks, flashlights and traffic signals but have only recently started being used for generic lighting following the technological revolution of the 1990s and the advances in semi-conductors. They offer huge benefits, but to ensure optimum energy efficiency, reliability and durability, they need the support of dedicated control gear.

LED drivers are the interface between the fittings and the main power supply and are vital in providing the variable and highly adaptable range of lighting designs now offered. Every lighting solution requires a unique driver design, and rapidly evolving driver technology is providing ever more comprehensive options to provide energy savings, definition, ambience or oldfashioned ‘wow factor’.

The main task of an LED driver is to provide a constant light output, despite possible power variations. They enable users to choose between different power supply options, ranging from simple to sophisticated, to achieve maximum energy efficiency. Users also gain a variety of configuration options and adjustable soft start or emergency light functions. LEDs are ideal for applications using occupancy sensors, time-based switching or daylight linking, which involves dimming certain lights in certain locations, when a certain ambient light level is detected. The LED driver determines the quality of this control performance. 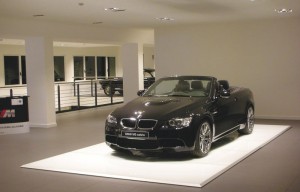 There is a misconception that driver technology is static and standardised. The reality is that there is no such thing as a universal driver. Every application requires a unique driver design, and the quality of the driver has a significant effect on the performance of the LED. A range of factors determines the type of LED driver required, including the type and quality of LEDs being installed, whether they will be placed individually or in series strings, whether there are size limitations and, ultimately, the overall design goal of the installation.

Today’s drivers come in two versions; constant current and constant voltage, with a number of variations. In simple terms, constant current drivers tend to be used when one driver is required per light fitting.

The current will remain the same, whatever the number of LEDs in the fixture. Constant voltage drivers are best for applications where the user requires flexibility with the number of luminaires connected to one power supply. As lamps are added, the current will increase to the maximum limit.

The availability of dimming functions is another important consideration. With dimmable drivers LEDs can be used to create a certain ambience or to highlight certain features. In addition, dimmable drivers allow for further energy savings to be achieved as they work on the premise that the human eye struggles to distinguish between LED lights that are on at 100% and those that are on at 90%.

It is a common mistake to think that dimming lights will result in a loss of energy. The opposite is actually true. Although the driver efficiency will reduce a little as the LEDs are dimmed, overall significant energy will be saved. In addition, dimming lights to half power can greatly extend the lifespan of LEDs, decreasing maintenance costs.

The results are clear

Used with the right kind of driver, LED lighting can provide a highly adaptable and flexible lit environment using an array of colour temperatures and profiles. Use of optimal lighting in the workplace improves productivity and well-being, while mood enhancing lighting creates ambience in hotelsand restaurants. Used artistically, LEDs can create an enticing showcase for retail clients.
Leading UK retailer Next plc recently announced the roll-out of 110,000 LED luminaires across its stores. Luxury car manufacturer BMW is also in the fast lane, having already installed LED solutions in a number of showrooms including their prestigious premises in Rome.

Well known for its high-end exclusive models, BMW wanted to update its lighting not only to be energy efficient, but also to provide a fresh and creative approach to showcasing its cars. The project consisted of Projection Lighting’s AlphaLED Gyro Cube and Xicato’s LED modules in combination with CoolLED drivers from Harvard Engineering.

The high powered, high efficiency CoolLED drivers can control the voltage within each light to provide diverse lighting levels in different areas of the showroom, while keeping the overall appearance of the lighting consistent. This means that BMW is able to dim the level in the general showroom to 600 lux, while maintaining light over the cars at a higher level of 800 to 900 lux, creating a visual and inspirational dynamic highly relevant to the luxury brand.

The LEDs installed in the showroom have provided BMW with a number of additional advantages. Due to their long lifespan and high efficiency, the LEDs are very low maintenance and will last a number of years. They have also cut energy usage and CO2 emissions substantially.