Kick-starting the decarbonisation of heat: why radiators need to be part of the plan

BSEE > Features > Industry Comment > Kick-starting the decarbonisation of heat: why radiators need to be part of the plan 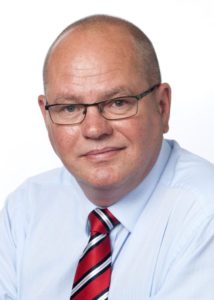 Energy UK has launched a new report which aims to highlight the importance of the decarbonisation of heat in the UK*. The report, entitled ‘Kick-starting the decarbonisation of heat’, argues that whilst carbon emissions are falling in sectors such as power generation, there is an ongoing annual rise in emissions resulting from domestic and commercial heating. Here, Phil Mangnall, national sales manager at Jaga, examines the wider considerations for decarbonising heat, and why radiators should be part of the conversation.

Trade body Energy UK has issued a rallying cry to Government and Industry, calling for more emphasis to be placed on the decarbonisation of heat.

The recently published report includes a reference to a ground-breaking Committee on Climate Change (CCC) paper released in 2016, which stated that the Government’s 2050 plans may be impossible to meet without almost completely eliminating heating emissions from homes and businesses.

In its report, Energy UK urges the Government to pursue a number of strategies, including large-scale trials of alternative heat technologies and the implementation of longer term plans for schemes such as the Renewable Heat Incentive (RHI).

But, it is important to consider the wider implications of the decarbonisation of heat and, in particular, the role of efficiency.

According to the Energy Saving Trust, one of the key aspects of the shift to low carbon heating is to treat energy efficiency as ‘first fuel’. By utilising technology which heightens efficiency, demand can be reduced quickly, cheaply and cleanly**.

Take, for example, the large-scale trials mooted in Energy UK’s report. One of the most popular alternative heat technologies is heat pumps – and whilst the RHI is primarily focussed on Air Source Heat Pumps (ASHPs) at present, the CCC has recently recommended that this be extended to include all heat pumps and biomethane.

For heating systems which incorporate heat pumps – both ground and air source – the radiators which they are partnered with can make a significant difference to energy efficiency.

Due to the low temperature nature of heat pump technology, steel panel radiators are generally an inefficient and ineffective option. Similarly, whilst heat pumps are often successfully paired with underfloor heating, this too can be very inefficient. The large span of the area which is being heated means these systems can take up to four hours to reach the desired temperature. Consequently, more energy is consumed over this period than necessary, without providing responsive heating or cooling.

In scenarios such as these, where inefficient partner products are paired with alternative heat technologies, numerous benefits are lost, undermining the effort to reduce demand on resources.

The alternative is Low-H2O technology used in conjunction with fan assisted technology. Requiring just 3.2 litres of water – 90 per cent less than an equivalent steel panel radiator –Low-H2O radiators can respond faster to demand and consume far less energy. Studies conducted by independent testing, inspection and certification body BRE (and more recently verified by Dutch body Kiwa) have shown that Jaga’s Low-H2O radiators consumed 5-16 per cent less energy than a system with steel panel radiators, as they are able to achieve the desired temperature more rapidly, and less heat is wasted through unnecessary over-heating.

By utilising fan assisted DBE (Dynamic Boost Effect) technology, air flow and heat output levels are boosted to easily meet occupants’ temperature needs quickly and efficiently. They are attractive and compact in size too, meaning there is no need to compensate for the low water temperature system by radiator oversizing, making Low-H2O with DBE the aesthetic, efficient and compact partner for heat pumps.

Energy UK has stated that a “whole-system approach” must be adopted to decarbonise heat, and that includes examining the products which optimise or impair the energy efficiency of alternative heat technologies. Whilst the Governmental focus on the reduction of greenhouse emissions has increased drastically in recent years, it is vital that heat is not forgotten in the race to address ‘hot topic’ issues such as power generation.