Is ErP having the desired effect? 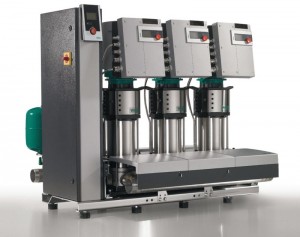 Back in January 2013 we were all waiting for the EU’s ErP Directive to kick in and change the way pumps were specified and installed for ever. But would it have the desired effect? Would it make a huge dent in emissions across Europe and help the UK and other Governments to reach their optimistic targets for energy efficiency and emissions reductions? Gary Wheatley, Technical and Training Manager for Wilo UK explains more.

You may recall that the EU Commission estimates that inefficient heating system small circulators alone are responsible for about a 20% share of household energy bills and removing them and replacing them with intelligent circulators could save as much as €2.2 billion by 2020 across the 27 European member states – equivalent to the total annual electricity consumption of Ireland!

One year on from the ErP Directive coming into force,  it’s worth reflecting and seeing exactly what effect the changes have had here in the UK and seeing whether there has been any noticeable change in the way people think and act. 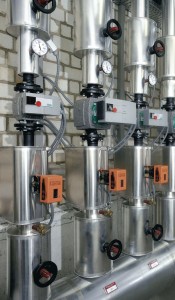 The situation is that the previously applicable A-G energy efficiency classes have been replaced by the Energy Efficiency Index (EEI) specified on the pump. The current limit EEI value of glandless circulating pumps installed outside the heat generator (external pumps) not those incorporated in combi or system boilers at this stage – is defined as 0.27.

The energy efficiency classes previously specified are superfluous, because as a rule, pumps are better than the minimum requirements of the previously highest rated A pump standard. From August 2015, the EEI limit value will be reduced to 0.23. This will also apply to glandless circulation pumps, designed to operate in newly installed heat generators or solar thermal systems (integrated pumps). In the last implementation stage, the regulations starting from 2020 will also apply to the replacement of integrated pumps in existing heat generators. The regulations apply to all glandless circulating pumps in heating and air conditioning applications with the exception of drinking water circulation pumps.

The high efficiency pumps available from Wilo are ‘future-proof’ as they already fulfil all the requirements of three EU regulations from the European ErP (Eco-design) Directive. The regulations stipulate the limit values previously mentioned that become increasingly strict from 2011 to 2020 for the energy efficiency of electric motors, circulation pumps and the hydraulic efficiency of glanded pumps.

Most manufacturers, Wilo included, had developed new highly energy efficient pumps for a number of end uses, but they still had standard efficiency products in their product portfolios which did the job well, could often be cheaper than the high efficiency models and they were more often than not specified because the capital cost was less and kept the cost of the overall project in question down. This is important if you are tendering for a contract where you know that price is an issue – which it usually is.

However frustrating it was to have high quality, high efficiency pumps available for specification right up until the end of December 2012, as a manufacturer, you knew that it was unlikely any of your new pumps were going to be supplied out of the factory and into projects around the country. Until legislation said the old standard pumps were no longer allowed and the new high efficiency pumps must be used, those excellent new pumps would usually stay firmly rooted to the shelves in the warehouse. It was a strange, but understandable example of common sense overcoming common sense!

The need for legislation

This behaviour is proof again, if proof is needed, that legislation is usually needed to ensure that energy efficient measures are introduced. So long as people have the choice of standard or high efficiency, there will always be people willing to buy solely on price – it’s human nature. Now merchants are running out of the very small existing stock of the old uncontrolled pumps, high efficiency pumps are becoming accepted and installed in droves across the UK, including some housing associations undertaking pump replacement programmes to help reduce their tenants’ electricity bills. But this level of installation will have to continue for many years to see the huge number of old pumps, still operating in peoples’ homes, wasting huge amounts of energy.

From January 2013, Wilo and other pump manufacturers began to see the previously scorned models begin to sell well. In new projects, there was no choice but to utilise the new high efficiency models. 90% of the small circulating pumps that had been available in 2009 for example, have now disappeared. That’s quite a large proportion of the recognised market to go so quickly but highlights how poor many were when it came to energy consumption.

Although the concept of lifecycle costs were not new in January 2013 and had been utilised for many years, it was a concept that suddenly became very important and the additional costs that inevitably follow the development of exciting new technology – in this case the vastly improved electronics and the arrival of electronically commutated motors (ECMs) – were justified at every turn by the life cycle costs of the new high efficiency, more expensive pumps and the huge savings possible over a ten or fifteen year operational time span that would pay for the increased capital cost of the pump at the outset many times over.

Again, these were arguments used extensively before January 2013, but arguments that often bit the dust when it came to decision making when using the older standard pumps could save in some cases around 50% of the up-front cost of the pumps that were being recommended, even though they would use vastly more energy and be responsible for far higher levels of emissions.

The availability of a highly efficient and ErP compliant range of pumps provides enormous planning security and with the right software, the choice of the most suitable pump can be made quickly and reliably. Wilo offers its Wilo-Select configuration software free of charge as a helpful, time saving solution. Within seconds the most suitable pump for an application can be found. The programme also provides further practical help with specification texts, for example, or amortisation calculations.

The arrival of the EU ErP Directive has clearly begun to make significant inroads in the energy consumption figures, and as a result the emissions figures, but it seems fair to say that there’s a long way still to go to hit the targets being demanded. It’s a good first step in the right direction, but there are many more steps to take. The age of the energy efficient pump is very much here and here to stay!