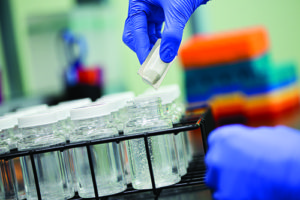 IDEXX Laboratories, the global leader in rapid microbiological testing for water, has announced that the IDEXX Pseudalert® method has been published as the International Organization for Standardization (ISO) worldwide standard 16266-2 for the 24-hour detection of Pseudomonas aeruginosa in water. P. aeruginosa can cause life-threatening infections in hospitals and is a frequent cause of skin, ear, and eye infections from pool and spa water. Public and private laboratories and healthcare and hospitality industry facilities count on the Pseudalert method to monitor their water for this pathogen.

Becoming an ISO standard requires a rigorous process and passing the scrutiny of experts from all over the world. More than 160 national standards bodies are ISO members.

Listed under ISO 16266-2:2018, Water Quality—Detection and Enumeration of Pseudomonas aeruginosa–Part 2: Most Probable Number Method, the Pseudalert method detects P. aeruginosa in 24 hours, less than half the time of other commercially available methods. It also has high sensitivity and specificity, requires no confirmation steps, and can be more easily used with water samples that have high levels of background flora. Turnaround time is especially critical in the healthcare and hospitality industries, where receiving test results sooner enables facility managers to act more quickly to clean their water systems and protect the safety of patients and visitors. Faster turnaround time for retesting after remediation also reduces the costs of clinical downtime and closed facilities.

“King’s College Hospital strives to maintain a bacteria-free environment, and part of ensuring a clean facility is regular testing for contaminants including Pseudomonas aeruginosa,” said Paul Balaam, Senior Estates Officer, King’s College Hospital NHS Foundation Trust, one of London’s largest and busiest teaching hospitals. “The IDEXX Pseudalert method’s acceptance as an ISO standard further validates that we are using the best solution on the market for our testing needs.”

Pseudalert is also included in country-specific standards in Germany, France, Italy, and the United Kingdom, and was shown to be as accurate as or more accurate than the traditional method in two independent studies published in peer-reviewed journals.

The IDEXX Colilert®-18 method was also published as an ISO standard (ISO 9308-2) in 2012 and was included as one of the two reference methods for coliforms and E. coli in the revised European Union Drinking Water Directive in 2015.

For more information on the IDEXX Pseudalert Test, visit www.idexx.com/water