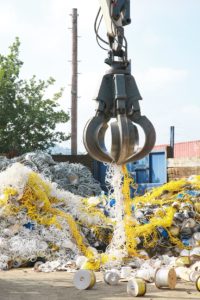 The Approved Cables Initiative (ACI) has supported a BBC investigation earlier this week which has re-ignited a seven-year hunt for more than three million metres of substandard cable product that remains unaccounted for in UK buildings.

In 2010, an ACI investigation led to more than 11 million metres of cable, manufactured by Turkish company, Atlas Kablo, being recalled from the UK market, following the suspension of two of its product certification licences by BASEC (British Approvals Service for Cables).

Reports of faulty cabling from concerned contractors earlier in 2010 led the ACI to test samples of product from the Turkish cable manufacturer. The samples were found to have insufficient copper leading to high conductor resistance and did not comply with appropriate British Standards.

Independent testing by BASEC later confirmed this leading to the suspension of Atlas Kablo’s BASEC licence for a serious decline in quality across its range of products.

Last week a BBC report highlighted that the HSE decided not to issue a compulsory recall notice, instead relying upon a voluntary approach. This meant only a proportion of the cable was recovered and destroyed and the unaccounted-for cable was enough to fully rewire 8,000 houses, electrical experts have told the BBC.

Subsequent market surveillance by the ACI led to stocks of the substandard cable being found on sale in Homebase, Wilco and Focus DIY. ACI intervention led to the stocks being removed from sale.

Commenting upon this latest development Peter Smeeth of the ACI said: “Had the HSE issued a compulsory recall notice we may not be talking about this issue seven years later. The ACI has lobbied and campaigned for proper legislation to address the issue of substandard cable entering the marketing place for many years.

“The recent call for a greater whole building fire safety solution will, we hope, lead to legislative improvements across the board. Electrical cable runs through every building and its fire potential must be recognised and respected. Voluntary actions are not enough. Where lives are at risk the only solution is a compulsory one and once again we stress the need for cables to be independently third party approved before they can be imported, sold and installed in the UK.”

The Atlas Kablo cable is marked with the manufacturer’s identification ‘Atlas Kablo’ and carries a 2010 manufacturing date and the TSE ‹HAR› approval mark. The cable sheathing colours included white, cream, yellow and blue and marking may be embossed or printed. Many of the cables are also marked with British designations such as 3183Y and BS6500.

Pictured above: the destruction of substandard Atlas Kablo cable.