How is BIM shaping up?

BIM or Building Information Modelling has in recent years been given an increasingly higher profile and focus in the UK.  This is not simply a message from the construction industry but actually from the UK government.  In fact this topic has been gaining in momentum since May 2011 when the original Government Construction Strategy document was published. 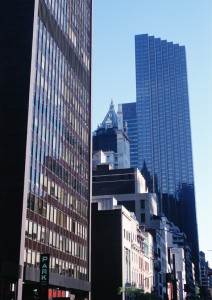 This report set out a four year plan for BIM implementation that had an inherent deadline for public sector buildings to use 3D or 4D BIM modelling that was to be adopted on all Government led projects by 2016.  This software generates a visual model of the building and also manages the data relating to it throughout the various stages of its design, construction phase and during its functional life.  The report was formally reviewed after one year and although some minor changes were introduced, it remained mainly unchanged.

There were many reasons behind this decision to implement BIM in this way that included the fact that this method was seen as offering a more collaborative way of working; it would reduce asset costs and achieve greater operational efficiency and the outcome would deliver significant results in terms of improved efficiencies at every point in the process from design, through to project delivery and beyond this to ongoing facilities management. It also had the potential to deliver improvements within both new build and retrofit situations.

Adopting this emphasis is not surprising when you think that the construction sector delivered around £69 billion to the UK economy in 2010 and employs c2.5 million people, which is the equivalent to the population of the Greater Manchester area.  The industry is also recognised as being critical to the achievement of UK climate change targets.

Additionally around 30% of the UK construction industry’s output is heavily influenced by a range of levers that are in the control of the public sector.

With BIM forming part of the wider industrial strategy, it sets out the goals for both government and industry working in partnership as Graham Watts OBE, Chief Executive Officer for the Construction Industry Council pointed out.

He said: “BIM will integrate the construction process and, therefore, the construction industry.  But it will also have many additional benefits for the nation.  It will enable intelligent decisions about construction methodology, safer working arrangements, great energy efficiency leading to carbon reductions and a critical focus on the whole life performance of facilities (or assets).  Of even greater importance are the benefits to the economy that will accrue from better buildings and infrastructure delivered by the construction industry.”

Are we there yet?

With less than two years to go to achieve the deadline to ensure all Government projects would be working to BIM Level 2 in 2016 (Level 2 is defined as where separate disciplines create their own models, but all project data is shared electronically, in a common environment), where are we currently at?

Well we do know that BIM is becoming more of a standard pre-requisite to contractual discussions between designers and manufacturers and this is not just on government related projects.  Although this is still more of a ‘nice to have’ as opposed to a ‘need to have,’ for the various links in the supply chain such as pump suppliers/manufacturers.  The question of whether you can supply information in files from packages such as Autodesk Revit, which is probably the most commonly quoted software architecture, is something that is now being requested on a more regular basis.

We also know that if BIM is to achieve the short, medium and long term ambitions that have been laid down there is one key major stumbling block and that will be to ensure the correct level of understanding at each stage,  all the way through the process.  If this isn’t reached then there would be real concern that BIM will fall short of its goals.

Collaboration is at the heart and soul of BIM

One very unusual factor of this project has got to be that it has put public sector organisations in the driving seat in terms of being at the forefront of working knowledge and being in a position to drive and share best practice.  This is not a role that they are used to being in, from an operational perspective.

We are sure that this lack of information flow is not due to any level of unwillingness, but down to there being no common platform to permit this information to be shared. This ability to successfully cascade information to all relevant parties in the right way is, we believe, the pivotal point upon which could mean that the UK could be seen as being at the vanguard of this change.

Interestingly we believe there is a great willingness to take on BIM but with so many people, with varying skills who all need to understand their role in these lengthy supply chains, there are still real challenges.

Simply by looking at the role that Grundfos Pumps will play in these equations, we know that we need to interface with a range of people who are responsible for specification, procurement, technical support, re-work, building owners, facilities management.

Add to this the fact that these roles can be at consultant engineers, first, second or third tier contractors and M&E contractors and sub-contractors. Plus pumps and other similar products are often sold through national or independent distribution partners and suddenly the complexity and the necessity for the many parties involved takes on a new meaning.

So who will be responsible for ensuring that all of the layers overlay over each other in a sensible way?  At present this is not a question that can be simply answered.  Looking on-line clearly demonstrates this fact as lots of companies are trying to help and have developed their own top ten BIM tips.  Unfortunately they all differ from each other which can mean you end up being more confused than when you started.

The National BIM Survey 2013 that was undertaken by NBS showed growing industry interest in BIM over the previous year, and nearly three quarters (71%) of respondents to the NBS survey agreed that BIM represents the ‘future of project information’ and 39% confirmed that they were now actually using BIM.

However, fewer than half of respondents were aware of the different levels of BIM, despite Level 2 being mandatory on all Government projects by the end of 2016.

Will BIM make a difference?

Companies like Grundfos Pumps have been gearing up to play their role in BIM, and indeed it will be down to each of us to take responsibility and ensure there are no gaps for this great opportunity to fall through.