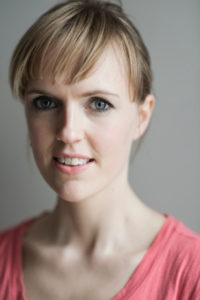 The event of the century within the building controls industry is almost upon us – are you ready? The illustrious 2019 BCIA Awards will be hosted by award winning comedian and writer Holly Walsh in an evening of unrivalled entertainment.

Holly has wowed audiences across the UK by performing multiple sold out, critically acclaimed solo shows at the Edinburgh Fringe Festival and Soho Theatre, securing an Edinburgh Comedy Award (formerly known as The Perrier Award) Newcomer nomination along the way.

Not just a regular on the small screen, Holly is equally well-known and respected for her radio work, including appearances on long running BBC Radio 4 shows such as Just a Minute, The Unbelievable Truth, The Now Show and The News Quiz. Her skills don’t end there as Holly is a co-writer of the hit BBC2 sitcom Motherland and has created and written her own sitcom entitled The Other One which will begin filming later this year.

Guests will be truly spoilt on the entertainment front as they will have the opportunity to demonstrate their competitive streak on the Scalextric track, as sponsored by Sontay, or enjoy a flutter at the Casino. What’s more, the Heads and Tails game, sponsored by global associates, will get everyone up on their feet for the chance to win a luxurious prize. This year all monies raised from the game will be in aid of Mind.

Jon Belfield, President of the BCIA said: “We are delighted to welcome Holly on board as our host for the 2019 BCIA Awards. Holly is one of the best in the business and no doubt she will be a popular choice with our audience.

“This year’s Heads and Tails game is in aid of Mind – I kindly ask you all to support this wonderful charity, especially as mental health problems are so prevalent in the workplace. Finally, I look forward to joining you all at the Awards for a superb night of entertainment and to celebrate the stars of the building controls industry.”

The distinguished awards ceremony and dinner takes place at the swanky Hilton Birmingham Metropole on Thursday May 9th 2019. For more information visit the website: https://bcia.co.uk/awards/ or contact Hayley Hopkins on: hayley@keystonecomms.co.uk