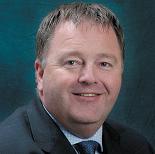 Grundfos Pumps Ltd has announced the appointment of Peter Reynolds as the new Managing Director for the UK.

Peter, who is a member of the Chartered Institute of Building Services, has shown dynamic career progress since he joined Grundfos in 1991 as a Sales Engineer. He has worked his way up the career ladder through increasingly senior positions, attaining the role of Director of Sales of Commercial Building Services in 2001.

This new appointment means Duncan Cooper will now give his full focus to the position of Regional Managing Director for Northern Europe, a role he took on in January 2003. Due to consistent growth, this fifteen strong company grouping now demands more time.