Almost three quarters of heating industry professionals think the government’s Heat Strategy is unrealistic and will fall far short of its target to achieve an 80% reduction in UK carbon emissions from 1990 levels by 2050, according to the results of a poll held at OFTEC’s annual conference last month.

The survey of more than 50 industry leaders, manufacturers and technicians found that 70% felt DECC’s Heat Strategy, published in March 2013, would result in less than half of the UK domestic heating market coming from renewable sources by 2050.

A further 67% of those polled said the domestic Renewable Heat Incentive (RHI) scheme in its current form is the wrong vehicle to move UK homes to renewable heat. An overwhelming 98% also said heat pumps were not a realistic alternative to oil-fired boilers for retrofit properties without significant – and costly – upgrades to insulation and controls. 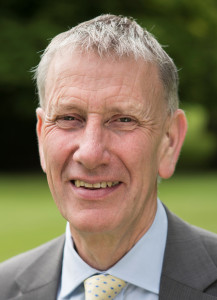 Commenting on the results, OFTEC Director General Jeremy Hawksley (pictured) said: “Cynically you could say that an audience with a keen interest in oil would take the opportunity to knock the government’s Heat Strategy and renewable technologies.

“However, OFTEC members fully support the UK’s transition to low carbon heat and recognise the increasing role domestic renewable heating technologies will play in the longer term. That’s why OFTEC has launched registrations and MCS certification for heat pumps and solar thermal systems, with biomass to follow later this year.

“But you only have to look at the current domestic RHI take up figures to see the scheme just isn’t working and that consumer support for renewables is falling way behind government expectations.”

Suggestions have been made that the government will make cuts to funding for household energy efficiency in the autumn spending review and that due to persistent low take up of the RHI the scheme, which has already cost the government £25m, could be cut altogether. This could be an indication that DECC is now acknowledging the failings of RHI and that a more effective policy to promote the take up of low carbon heat is required.

Jeremy Hawksley continues: “We believe a more pragmatic approach is needed which includes realistic and affordable carbon reduction and energy efficiency measures to encourage many more people to contribute to a low carbon future in the UK – particularly the elderly and fuel poor who are excluded from the RHI due to the high upfront costs of installing renewable technologies.”

OFTEC continues to lobby for an alternative approach, including a simple boiler scrappage scheme, open to all types, to encourage more consumers to switch to energy efficient condensing models. With sales of new oil condensing boilers so far this year up 9% on 2014 levels, there is clearly a strong demand and an opportunity to make considerable carbon savings.

When asked what the next major technical development for oil fired heating would be, more than three quarters (76%) of those questioned said a move towards hybrid heating systems with oil working in tandem with renewable technologies. A further 16% said a shift to bio-liquid fuels such as OFTEC’s B30K, a blend of 30% FAME and 70% Kerosene, would be a likely move.

Jeremy Hawksley continued: “We believe a more gradual stepped approach to low carbon heating would be far more palatable for consumers, with hybrid systems and bio-fuels representing a more affordable, half-way house solution for many.

“This is the direction the oil heating industry is moving in and by taking these smaller, yet still significant steps towards reducing carbon emissions, the net result will be greater buy-in from consumers and a larger impact on the UK’s carbon footprint. We continue to urge the government to take a more pragmatic approach.”