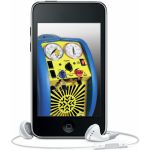 Advanced Engineering has announced the arrival in the UK of one of the world’s fastest refrigerant recovery machines – the Promax RG5410a-Extreme.

Based upon the industry standard Promax RG5410a, the Extreme boasts a wider bore version of its trademark oil-less compressor and dozens of mechanical improvements, boosting recovery speeds by a further 30%.

While other new additions include larger gauges for enhanced readability, it retains the same robust construction and compact size that made the RG5410a such a popular workhorse.

Vern Klein from Advanced says: “Even before the Extreme came along, the Promax range was the highest specification refrigerant recovery machine in the world, with a host of unique features.

“But this new model is something else. Its recovery speeds are the fastest ever seen – up to 30% faster than even the RG5410a – and its reliability is unbeatable.

“In the Extreme, they’ve taken an already premium-quality product and pushed it to another level.”

To celebrate the launch of the Extreme model, Advanced Engineering is giving away an iPod Touch with every machine sold during December, while stocks last.