Energy saving is a walk in the Park Lane for Trend 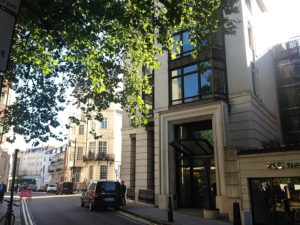 Right in the middle of London’s Mayfair, 49 Park Lane is one of the capital’s most sought after commercial locations. In an effort to maximise its energy efficiency, a Building Energy Management System (BEMS) from Trend Control Systems is used to make on-going cost savings, while enhancing comfort conditions.

In charge of the facilities management of the premises is London based KCE FM. David Smith, the company’s Technical Supervisor, comments, ‘When we won this contract, one of our immediate tasks was to reduce the amount of energy the building was using and enhance comfort conditions. We knew that a Trend BEMS was in-situ and achieving our objectives would depend upon this technology working as efficiently as possible.’

East Grinstead based Gemco Environmental Control Services was called in. Chris Thorne, the company’s Strategic Development Director, states, ‘As an approved Trend Systems Integrator we conducted a site study and configured a plan of action.’

Although the BEMS was generally in good condition, bad operational habits had crept in and Chris Thorne comments, ‘We went back to basics by correcting the previous variable speed drive (VSD) settings. We then evaluated the occupancy settings, changing the air handling unit (AHU) demand strategy for varying supply and extract pressures at different times. The system was running at a given hertz (Hz) level on the drive instead of using pressure feedback. This meant that it provided a constant supply of heat that was not determined by occupancy. We have reprogrammed it so that the speed of the motor on the AHU varies at specific times.’

After just a few months, the savings achieved are highly impressive. David Smith says ‘We have made an electricity saving of 13.87 per cent on units used against the same period last year. This represents a total cost saving of 21.45 per cent, which equates to many thousands of pounds and represents an excellent return on investment.’

Gemco sees the BEMS optimisation programme as work in progress.

The next step will involve carrying out a Trend Control Performance Report, which enables a rapid site-wide system analysis of hundreds of data points within the BEMS outstations.

Available through Trend’s Energy & Support Solutions team, this service extracts the configuration files from the local Trend devices and uses specialist analytics software to identify system points that fall outside of pre-defined tolerance levels. The net result is a report that presents all data points as well as highlighting areas where improvements can be made, further benefitting system performance and energy optimisation.

Majid Mirza, the tenant’s Facilities Manager, concludes, ‘One of the reasons that we chose to work with KCE FM and Gemco was because of their determination to proactively address the issue of energy efficiency. There is a big difference between knowing that an issue exists and having the skills, knowledge and foresight to successfully address it in the way that they have done.’