Elmhurst Energy reminds MPs: “Energy assessment of buildings is not an EU invention”

Elmhurst Energy, the energy performance assessment specialist, has announced its disappointment with the outcome of the European Union (EU) referendum.

“We believe that the EU has been good for energy efficiency, but it is obvious that issues of the economy and immigration had a greater impact on the outcome,” explains Martyn Reed, pictured, Managing Director for Elmhurst Energy. “We urge MPs not to ‘throw the baby out with the bath water’ and instead give careful consideration to the benefits that have been gained from the Energy Performance of Buildings Regulations before making any changes.” 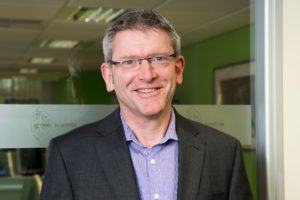 In December 2015 the United Kingdom (UK) signed the international Paris Treaty with the United Nations (UN), which committed it to demanding a long-term reduction in carbon emissions. As approximately 30% of carbon emissions in the UK come from the buildings we occupy, this is an area that deserves close scrutiny, careful measurement and a long-term government strategy to facilitate improvement and the subsequent social benefits in health and welfare that come from taking people out of fuel poverty.

Energy rating is not an invention of Europe and has been used to assess UK building stock for many years, and will continue with or without Europe. The Standard Assessment Procedure (SAP), the reduced version (RdSAP) and Simplified Building Energy Model (SBEM) were invented in the UK for UK buildings and climate conditions.

“The Government will still need policies and tools to enable the UK to use less energy and save people money. Consumers now expect information on everything they buy and buildings are no different. That demand will remain,” continues Martyn.

“Whatever happens next you can be sure that Elmhurst Energy will be lobbying the decision makers to ensure the good work Elmhurst Members do, is understood, and that the value of Energy Performance Certificates (EPCs) is fully appreciated.”