The options for measuring temperature and studying the thermal performance of building structures has never been greater.  Thermal cameras now come in various shapes, sizes and degrees of sophistication to suit every application and budget.  Cameras and thermal cores are regularly mounted on drones for aerial inspection and building engineers now have the option to choose from a growing range of test and measurement instruments with imaging capability or even smart phones with integral thermal imaging.

FLIR Systems has been at the forefront of this thermal revolution.  It has consistently driven down the entry level cost to the technology and incorporated more and more standard features into its product range to add value and scope of application.  The FLIR Ex-Series is a prime example of this trend – a range designed for those who are new to thermal imaging and with built-in features that make it exceptionally easy to use. 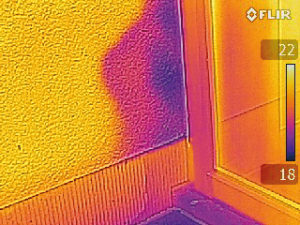 The most important of these features is FLIR Systems’ patented MSX-technology that provides exceptional image quality in real time. MSX results in pin-sharp thermal images, quicker target orientation and clean reports and can be applied to the stored visual and thermal JPEG images after inspection.

MSX was first introduced in FLIR Systems’ professional T-Series cameras and then also became a standard feature in the FLIR Exx-Series, a range designed for those who want more than an entry level thermal imaging camera but not the sophisticated features that characterise the professional models.  These are advanced cameras that are thermally tuneable and manually focusable and whose value-for-money is assured by exceptional image quality and standard features such as continuous zoom, thermal fusion, text/voice annotation, WiFi and Meterlink. 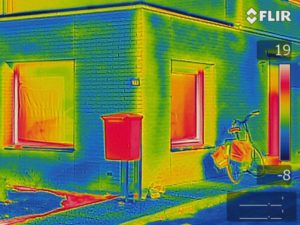 Completing the exhibits at Ecobuild 2017 will be the FLIR Test & Measurement range of imaging instruments including the new MR176 Imaging Moisture Meter.  In common with other products in the range the MR176 uses FLIR Systems’ Infrared Guided Measurement (IGM) technology to guide the user to scan for problems using thermal imaging. It then confirms and quantifies moisture levels with pin or pinless measurement.

Smart Buildings Show is back for 2021

Air purifiers with both HEPA and Ultraviolet (UV)