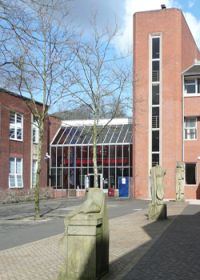 Worcestershire based Clarkson Controls have recently completed the installation of a ELESTA BACnet building management system for Dudley College in the West Midlands. Funding for the works where obtained via a Learning & Skills Council Grant.

The heating system for the college emanates from four boiler houses around two campuses. The boiler houses previously had a mixture of JEL and Satchwell controls fitted, most of which had failed over time, along with the modem links back to the Dudley MBC BMS.

As the existing motor control panels were in good repair and to current standards, and in order to keep costs under control, (and regain time and temperature control quickly) it was decided to just update the control system. By doing this it also helped with the pay back times to qualify for the LSC grant monies, and by incorporating a BMS monitoring computer on site to constantly monitor/ make changes to settings this further enhanced the payback times needed.

It was an easy matter to remove the old larger style `mother board` controllers, and replace with the compact ELESTA control modules on purpose built back plates — thus utilizing the existing controller housings and wiring. Each boiler house was changed over separately in order to give local standalone control as quickly as possible, whilst maintaining services. This quick change over time was further assisted by being able to retain the existing sensors – (ELESTA modules can be set to accept the vast majority of sensor types). The four motor control panels which by now contained the ELESTA RCO-D BACnet controllers were then connected via site wide IP addressable communications back to the BMS computer. By using the Sites network infrastructure the three telephone lines on the old system were disposed of making annual line rental savings. Clarkson dynamic BACnet visualisation software was then utilised to provide access into the system for the client.