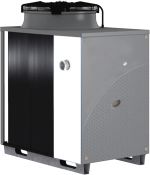 The introduction of a new Government and the impending legislation changes and carbon reduction commitments are continuing to affect the products and services which we offer. I spoke to Paul Hardy, Managing Director of Baxi Commercial Division to find out his thoughts on how the changes will affect the industry.

One of the greatest uncertainties in this industry at the moment is the lack of clarity from the new Government. Since coming into office we have seen the closure of the Low Carbon Buildings Programme to new applications due to £3 million of savings being taken from the programme and more recently the announcement of cuts to the Building Schools for the Future programme.

This leaves us wondering what will happen next and with so much uncertainty surrounding the industry it is difficult for manufacturers to know which direction to take. Paul says: “We have a strategic path which we follow at Baxi but at the moment we don’t have a clear insight into what the Government is thinking which is a cause for concern.

“Closing the Low Carbon Buildings programme has left a void and there is nothing being put into place to fill it but despite the fact that our industry has numerous experts who could provide advice on the right way forward, the Government do not seem to be interested.”

Despite the lack of guidance, one area which continues to grow in leaps and bounds is new product development, but there are still concerns in many areas that the uptake of this new technology is not as high as it should be.

Paul says: “The uptake of Low to Zero Carbon (LZC) technologies is quite simply not happening as quickly as the industry would like, which will have an impact on the carbon reduction targets that the Government needs to meet. The concern for us is that if we fail to reach the targets through the use of conventional LZC technology then the Government will look to other measures such as nuclear, which would have a massive impact on the companies that are committed to the manufacture and supply of LZC products.

“This again is down to uncertainty and I am sure we are not the only company concerned about with which way to go. We have an immense R&D facility and are at the forefront of pretty much every technology in our market, but as the uncertainty continues it is becoming ever more difficult to predict which way the market will turn. Ultimately we have to be fairly near sighted and look at the Government incentives and initiatives and try to predict the product range which will be needed and the resources which we need to deliver those solutions.”

Paul believes that with the economy in the state that it is in everything is about money but that we should beware of the reliance which we place on financial incentives.

“Although everyone is sick of hearing about cutting emissions, there is no hiding the fact that emissions and cost come hand in hand. Any financial drivers will increase the activity around LZC technology and thus be a benefit to everyone. What we need to focus on are the benefits to the end user and whether that is a large blue chip organisation or a homeowner, the benefits are the same – a reduction in costs.

“Financial incentives are a great way to raise awareness of new technology in the short term, but in the long term the technology has to be able to stand up for itself and provide the benefits which the end user is looking for. For long term success we need to instil a culture of carbon saving which supports new technology and helps to deliver the carbon savings.”

In times of crisis one thing that we are very good at is working together to get through it, but with more and more companies entering the market, each with their own associations’ it begs the question as to whether we are taking a step forward or backward.

Over the last few months we have seen a fair amount of consolidation in the industry but what we really need is one voice rather than a fragmented approach to ensure that the voice of this industry is heard. Paul says: “We have a number of associations which represent different parts of the HVAC industry but what we really need is for them all to be working together to provide a unified approach to the Government.

“Ideally we need one governing body that represents the interests of the industry because continuing to have a lack of guidance is opening the doors for ‘cowboys’ to enter the market. If we had one voice providing a consolidated approach we would inevitably stand a better chance of being heard by the Government and as a result we would have clarity on the direction we need to take.”

There is a lot of confusion in the industry at the moment but companies like Baxi continue to push ahead developing new technology and solutions which will help us to meet our carbon reduction targets. The lack of guidance is causing problems but, with no real end in sight, it is simply a case of forging ahead and continuing to push LZC solutions.

One thing which Paul makes perfectly clear is that as an industry we lack clarity, and without that we are in a very difficult situation – so what does the next six months hold? Paul believes it is very hard to predict because there is so much happening in the industry at

the moment. He says: “It is hard to pick out one single factor which will be key to our success in the next six months but if I had to sum it up I would say consultation, consolidation and clarity. By working together as an industry throughout the supply chain we can achieve so much more because it is something that we are good at.

“If I could ask for the single thing which would make a difference it would be for the Government to develop a long term strategy which makes it clear where we are going as a country and enables us as manufacturers to put all of our efforts into developing the right solutions. At the moment that seems like a bit of a long shot, but you never know – change might be just around the corner.”