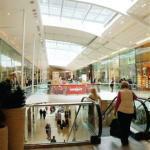 Colt International has provided a complete smoke control solution as part of a general upgrade at Westfield Shopping Centre in Derby. The project required a great deal of versatility due to the demanding layout of the building and necessity for Colt to refurbish the system while the shopping centre remained open for business.

Colt’s ability to offer both design and contracting, thereby providing just one contact for all roles, simplified the task in hand, as upgrades were required to all parts of the smoke control system across the entire shopping centre. A Colt OPV intelligent electronic control system removed the need for much of the hard wiring and enabled integration of all equipment, providing a total smoke-control system with central monitoring and diagnostics.

The shopping centre was officially re-opened at the end of 2007, but Colt’s contribution continued into the summer, with Colt providing solutions around a fully operational shopping facility. Colt’s experience in the industry and familiarity with the system meant it could provide continuity of existing systems during the update process.