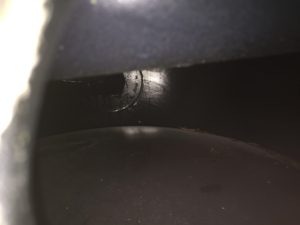 Given the vast number and types of limescale controllers on the market, not to mention manufacturers’ claims about them, it can be difficult for specifiers and end-users to know which products are worthy of investment. Fortunately, a prestigious independent boarding school in Dorset, Canford School, has done the homework for them. The school’s proactive maintenance team has tested numerous water conditioners and softeners across its 14 plant rooms over the years, and most recently conducted a direct comparison between KalGUARD, a uniquely-driven electrolytic device from Sentinel Commercial, and a well-known alternative technology. Their conclusion? KalGUARD outclasses all other limescale controllers in the areas of performance, cost-efficiency, convenience and eco-friendliness. As a result, Canford school is now in the process of adopting KalGUARD across its property portfolio.

Meeting the needs of resident students and staff for a seamless supply of hot water is of paramount importance to the school, yet the area’s hard mains water (at 260ppm) can compromise this requirement – a fact which the school readily recognises. For example, in the absence of adequate limescale control, hard water will give rise to limescale accumulation in water heaters, pipework and appliances, a phenomenon which can lead to low water flow rates, increased energy consumption and asset breakdown, to name but a few problems.

To promote plant protection and efficiency, the school’s maintenance team has historically installed different types of water conditioners and softeners with varying, but generally unsatisfactory, results. For example, softeners, while largely delivering reliable limescale control, did not meet the school’s targets of waste water and maintenance reduction, while other products have simply failed to adequately control limescale formation. 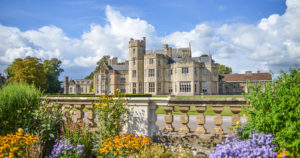 In its most recent trial, the school organised a site test to compare the performance of KalGUARD against a well-known device that uses an alternative technology. The products were installed in two separate plant rooms by Wessex Building Services, each servicing different halls of residence of almost exact occupancy levels. Two brand new Hamworthy DR-FC EVO condensing water heaters were installed in each plant room during the same holiday period. Of KalGUARD, Ainsley Downer, Mechanical Bid Manager at Wessex Building Services, said “we found KalGUARD easy to install and compatible in tight, awkward spaces.”

Both systems were set to run in early 2017 and were subsequently inspected in February 2018 (the leading alternative device) and March 2018 (KalGUARD). Hamworthy provided the service kits free of charge for the inspections.

“Bearing in mind that the water usage is almost identical in the two buildings, we were keen to see how the different devices performed,” explained Martin Pope of Canford School.

Asbury Heating Maintenance, a regular contractor for the school’s boiler and water heater maintenance, carried out the detailed inspection. “We assessed both water heaters thoroughly, using the manufacturers’ own service kit, and found that KalGUARD’s ability to control limescale was superior. Keeping a water heater clear of limescale is vital if optimal energy efficiency and performance is to be achieved and based on the inspection we were in no doubt as to which device we would recommend – it was KalGUARD”, said Asbury’s Service Engineer.

“After a year in service, it was evident that the water heater protected by KalGUARD were much cleaner than those paired with the alternative device. In addition, KalGUARD is more compact, whereas size is a negative with the other device. On that basis, we decided to use KalGUARD for all of our plant rooms going forward. KalGUARD units are price compatible and the results are very encouraging. Also, the personal service we receive from Sentinel is first class.”

The reason for KalGUARD’s superior performance is due to its unique powered electrolytic scale inhibitor technology, which unlike magnetic devices (and other types, such as electronic), is based upon a methodology that is recommended by the UK Building Services Compliance Guide to Part L for the control of scale. It works by utilising a pure zinc sacrificial anode to permanently change calcium carbonate crystals (limescale) into soft, non-deposit forming aragonite, and has been independently tested and verified. As a point of note, the product is WRAS-approved, meaning water is perfectly safe to drink.

KalGUARD is non-LSI dependent and sized according to demand, so just one unit is needed to treat an entire system when installed on the rising main before the tank and booster sets. Furthermore, the technology doesn’t waste water or require consumables (such as salt) and is extremely low maintenance.

Thankfully, Canford School’s quest to source a high-performance limescale control solution has now ended: “I believe that KalGUARD can only be of benefit to the school,” concluded Mr. Pope.