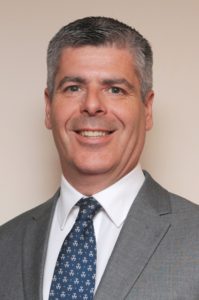 Highly respected electrical engineer and business leader, Mike Smith of SES Engineering Services, took over the presidency of the ECA on May 17th.

Smith has held a variety of commercial roles at SES over the past 25 years, and is currently the firm’s estimating and sector director. He has worked on projects totalling tens of millions of pounds, and has helped the business grow its turnover significantly during his tenure.

He began his career as an electrical apprentice with Leeds-based R&I Harrison, joining the business straight from school, just before his 16th birthday.

Mike Smith commented: “As someone passionate about improving the engineering and electrotechnical services sector, I’m delighted to be taking over this prestigious ECA role as an industry champion.

“The industry faces a range challenges – including ensuring Brexit works for our sector and improving productivity – and I am determined to raise the profile of these issues and the industry more generally.”

Smith was previously ECA Senior Vice President, and has held various roles within the association since 1999. He took over the presidency from Dave Kieft, who drove forward the ECA’s agenda across the sector, and played a key role in bringing many industry bodies together in partnership.

ECA CEO Steve Bratt added: “We are delighted that Mike Smith, a great industry advocate, has become the ECA’s new president. The entire ECA management team and staff look forward to working with Mike to further enhance the status of the ECA and the wider engineering services sector.

“On behalf of the ECA’s staff and members, I would also like to thank Dave Kieft for his active engagement and achievements over the past year as president.”

The full ECA presidential team for 2017/18 is now as follows: