Building services engineer gets on his bike for epic charity ride 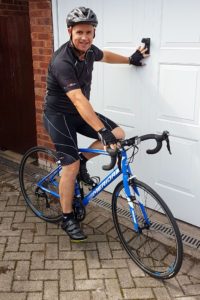 Rodney Clarke, 52, will be joining an 18-strong UK team cycling from Saigon in Vietnam to Angkor Wat in Cambodia over six days starting on October 28.

The ride has been organised by the Cannock office of one of his employer’s suppliers, air conditioning installation specialist Coolair Equipment Ltd.

Coolair, which has its headquarters in Manchester and another office in Maidstone, led a similar expedition in 2015 that raised £90,000 for Challenge Cancer UK, which splits the donations it receives between ten national cancer charities.

Rodney, who lives in Rugeley and works for building services provider Dodd Group, will will be cycling for up to eight hours a day along narrow paths and unmade cross country tracks in stifling heat and humidity as part of Team Coolair.

Neil Gibbard, Coolair Regional Director and the event organiser, said: “Rodney has been leading the way in raising sponsorship money for our bike ride as we aim to raise a record-breaking six-figure sum this year for such a great cause.”