A BSRIA market intelligence study on World Ventilation: Fans and Ventilation Market shows that China is expected to outpace the growth experienced in European countries which signifies global opportunities.

In China, the “rude health” of the residential sector meant that sales of fans and ventilation units experienced a “brisk growth” of 21 per cent in 2016, while products in the commercial sector had contracted by two per cent.

In Europe, the outlook for the fans and ventilation market is expected to regain momentum, as growth is forecast to hit seven per cent annually until 2022. The market is forecast to expand by four per cent per year, but it will lag substantially behind that of China which will stand at nine per cent.

Specific 2016 figures for Europe paint a broadly “stable picture”, despite a mixed country-level sales data. Sales of units in the residential sector expanded by one per cent at 677 million US$, with Germany, Netherlands and Sweden increasing, while France and the UK experienced a decline. Despite the market remaining static – growth is forecast.

In the commercial sector, the market held steady at 1,966 million US$, with all countries but the UK showing “moderate rise”.

European countries experience different perspectives and use different products. The German economy is strong and growth is expected over the next five years. The residential new build market has been growing substantially over the last few years and is expected to continue unabated, which will bolster sales. The fastest growing segment is DSRHR (decentralised single room heat recovery), which has costs flexibility advantages over the main alternative, CSDHR (centralised single dwelling heat recovery). As a consequence, the market for DME (decentralised mechanical extract fans – residential) fans is declining rapidly.

In the UK, sales for most residential products declined slightly in 2016 in line with the fall of new build completions. This impacted in particular Decentralised Extract fans, both continuous and intermittent, whose total sales reached 148 million units in 2016. In the commercial sector, the trend is away from light commercial and heavy fans towards box fans. Light commercial fans are now very much a replacement market. 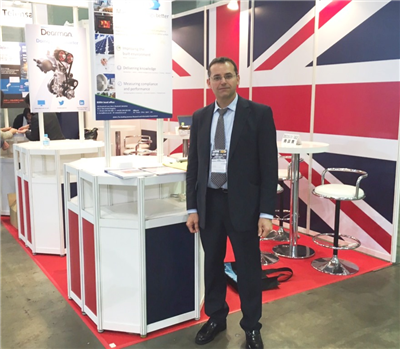 Abdel Eljidi (pictured), Senior International Account Executive, Worldwide Market Intelligence, BSRIA, said: “In China the commercial market was still estimated to be five times bigger than the residential market in terms of value in 2017. The markets are mature for heavy fans, roof fans and AHUs – for air conditioning/comfort cooling – which take the majority share of the total commercial market.

“However, for residential heat recovery, the most important reason for fast growth is that these products have been highlighted for air purification which can meet the requirements of end users under the terrible air pollution conditions of China.”

The ventilation markets in France, Germany, Netherlands, Sweden, UK, and China are among the most developed and fastest growing in the world driven by legislation and new building designs, populated with many local suppliers and some “international heavyweights”.

World Ventilation: Fans and Ventilation Market Study 2017 is available in combination with the purchase of additional BSRIA studies.