A recent Brexit survey conducted among BSRIA members found almost 70 per cent of respondents believe that Brexit has had a negative impact on their business; and that half of those who contributed favour a Swiss model aka soft Brexit.

When asked if the Brexit negotiations presented members’ businesses with opportunities in the last 18 months – 63 per cent answered “negatively”; with 37 per cent answering “no difference”. No member answered “positively”.

The negative response was due to respective businesses suffering from a lack of: market investment; business uncertainty; skills and movement of labour. 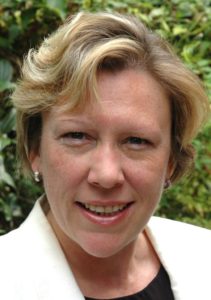 Clair Prosser (pictured left), Press Officer, BSRIA said: “Over two thirds of respondents have found Brexit to have had a negative effect on their business. With roughly a third saying that there was ‘no difference’. Not one single member said that Brexit had had a positive influence on their business. Half of the respondees said that Swiss model – translating as a soft Brexit – with almost a third choosing the Norway model – also a soft Brexit. Almost 20 per cent did opt for the Canada model which is a hard Brexit. This clearly highlights that BSRIA members do not want to be left stranded and fall off the economic Brexit ‘cliff edge’.

“Business uncertainty and the need for consistency – regulations and standards – are without a shadow of doubt anxieties for members. Legislative stability and uniformity is essential. Businesses need to be able to prepare. Balance is needed: this isn’t the time for government to bury its head in the sand. The question needs to be asked: how close will the UK and EU stay on regulation to ensure that industry can trade goods with the minimum of hassle, burdens and bureaucratic hurdles?

These results mirror the Property Week recent survey wherein more than two thirds said that the vote had negatively affected the property market and a similar number thought the market would continue to be negatively affected when the UK leaves the EU.

The Government’s EU Exit Business Advisory Group will be meeting next week. These regular meetings bring together Chancellor Philip Hammond and Secretaries of State David Davis and Greg Clark with the CBI and other major cross-sectoral business organisations. These meetings provide a platform for businesses to provide input to the government around the Brexit process.