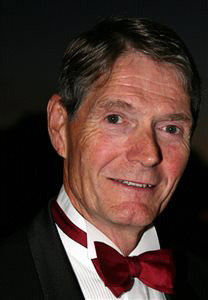 The death has been announced, at the age 66, of Mike McCloskey, past President of the Building Engineering Services Association (the BESA).

After serving a craft apprenticeship with Hope’s Heating and Engineering, Mr McCloskey spent 30 years with national contractor Lorne Stewart Plc – latterly as Managing Director of the company’s maintenance division, and since 2004 as a director of south London-based Argent FM.

He became a member of the executive committee of the BESA (then the HVCA) in 1985 and of the Council from 1992 to 2015. He was President of the association in 2006/07 and of GCP Europe, the international umbrella body representing building engineering services, from 2012 to 2014.

In the late 1980s, Mike McCloskey served as Chairman of the working party that produced the first generation of SFG20, the ground-breaking standard maintenance specification for building services.

He became chairman of Welplan Ltd – the association’s principal commercial subsidiary – and a director of Piper Enterprises Ltd in 1998, and a member of the Finance Committee in 2001.

“Mike’s passing has robbed the association and the building engineering services sector of one of its most active, most committed and most experienced leaders, and our thoughts are with his wife Theresa and their family at this sad time,” commented the BESA chief executive Paul McLaughlin.