The Building Engineering Services Association (BESA) has welcomed promises made by the Chancellor of the Exchequer to tackle late payment and support apprenticeships.

In his Spring Statement, Philip Hammond told the House of Commons that he would take on the “scourge of late payment”, which undermines SMEs and puts thousands of jobs at risk. He also pledged to release £80m to help small firms recruit apprentices as well as extending training tax relief to the self-employed. 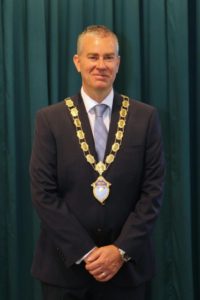 “The crisis prompted by the collapse of Carillion in January has clearly pushed the issue of late payment to the top of the political agenda,” said BESA President Tim Hopkinson (pictured). “The Chancellor’s intervention is timely as the ‘Aldous Bill’ prepares for its second reading in Parliament next month.”

Promotion of the Bill, introduced by Peter Aldous MP, is being coordinated by BESA and the electrotechnical and engineering services body ECA. It has been endorsed by more than 65 trade bodies and has support from right across the political spectrum.

The Bill, which calls for reform of late payment practices in construction, seeks to minimise the fall-out from any future major insolvencies like Carillion by protecting sub-contractors’ money. It is due to have its second reading in Parliament on April 27.

According to the Federation of Small Businesses, which is also backing the Aldous Bill, late payment puts 50,000 firms out of business every year. It says that improving supply chain finances could add £2.5 billion to the UK economy annually and help to close the productivity gap.

“The collapse of Carillion highlighted the dangers of the UK’s pernicious poor payment culture,” said FSB chairman Mike Cherry. “Eight in ten small firms suffer from late payment and we need to create an environment where another Carillion can’t happen.”

Support for apprentice training was also hailed by BESA as a vital development for small employers, in particular. The Chancellor’s funding pledge came in the wake of improved clarity from the government about new funding rules for firms looking to take on apprentices.

“These two developments suggest the government is listening and acting,” said Mr Hopkinson. “Funding is available and young people are looking for jobs, so this is a great opportunity for employers of all sizes to create a workforce for the future and tackle our growing skills gap.”

However, he also pointed out that the £80m promised amounted to just £180 per head in terms of the total number of apprenticeships the government wants to see created. He, therefore, suggested the funds should be more targeted.

“For example, the building services sector has a very high proportion of SME employers – about 85% – so why not focus on this kind of sector and make that money go further?” he said.