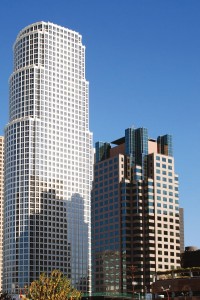 There is no avoiding the fact that building controls are now at the top of the agenda in the building services industry and nowhere was this more apparent than at Building Controls Sandown Park which took place in October 2013.

On show was a huge variety of different products and services from some of the leading manufacturers in the industry proving that this is the show where all of the new technology can be found.

From Building Management Systems (BMS) to wireless controls, energy management solutions and simple devices to help people take control of their environment, they were all on show from exhibitors such as t-mac Technologies, Priva Building Intelligence, Building Controls Industry Association (BCIA), Sontay and KNX.

The two day seminar programme also proved to be a real hit, with visitors queuing up to attend the variety of sessions covering all aspects of the industry. The programme focussed on the benefits which building controls can bring to any commercial building and the different products available to suit every application.

Sue Warmington from Sontay covered the topic of Wireless Temperature Sensing Systems and addressed the issue of the evolution of wireless technology in our everyday lives, how wireless systems work and the advantages of using wireless technology systems over conventional systems in HVAC applications.

Another popular seminar was the KNX UK CPD which was presented by Mark Warburton of Ivory Egg. This gave a comprehensive insight into all aspects of KNX intelligent building technology and discussed the meaning of KNX as an international open standard and the vast range of KNX product solutions available from global manufacturers.

As a bus technology focused on energy savings and optimised building performance, KNX offers significant benefits to building owners by bringing zoned control to every area of a commercial or residential building and integrating many different building services applications. Mark went on to explain that KNX installations are future proofed and as all KNX certified products have guaranteed interoperability, its specification for both new and refurbishment projects offers major advantages to building services engineers, specifiers, installers and end users.

Other highlights of the seminar programme included a review of BACnet by DEOS which highlighted its importance in the harmonisation of the controls industry and The Dawn of the Super Building which was presented by Schneider Electric and looked at the way cloud computing is opening up the possibilities for buildings in a way that has never been seen before.

Building Controls Sandown Park has continued to grow in the three years since it was first launched and the increase in visitor numbers in 2013 was testament to this fact. In fact everything about the show is growing and exhibitors were delighted with the increase of the scope and appeal of the event.

Dr Afsaneh Haddadi from DEOS said: “We found Building Controls Sandown Park to be a focused event, where we were able to showcase our products to our specific client groups. As newcomers to the UK market we were indeed very pleased with the level of interest we received at the event. The organisers were very helpful and supportive and the level of service was excellent throughout. We are already looking forward to the next year’s event.”

Paul Witherington, UK Marketing Manager for Wago said: “This is a unique show dedicated to building controls which we notice is a rapidly expanding area of the market. We also value the quality of attendees and are very likely to exhibit again during 2014.”

Anders Norén, Managing Director for Priva UK Ltd said: “Building Controls Sandown Park is going from strength to strength. It is now becoming the dedicated exhibition which the controls industry needs and deserves. See you in 2014!”

Stephen Payne, UK KNX Sales Manager for Theben AG said: “For me this year’s show was the best yet with more visitors and more exhibitors. As my colleague from Theben Germany said, “The quality of stand visitors is very good”. We got some very good leads and I have started working with some already. One lead could prove to be very lucrative indeed, and I am sure we would have only met this contact at this show. We will be at the show again in 2014, and I would urge all companies involved with building controls to get involved. Let’s make it the show to attend for building controls.”

With Building Controls Sandown Park now moving into its fourth year things are really hotting up and with visitor and exhibitor numbers increasing the big news for 2014 is that the exhibition will be moving upstairs into the Surrey Hall at Sandown Park.

Exhibition Manager, Rob Gouge said: “The success of the exhibition has been as a result of the support which we have received from the building controls industry right from the start. The industry firmly believes that a dedicated exhibition is needed and their strong support has resulted in year on year growth for this focussed event.

“The venue at Sandown Park is very popular due to its ease of access and central location and therefore we have no plans to move away from this venue however we have now got to the stage where we have outgrown our current location and a move upstairs to a larger hall is the logical next step.

“This is a very exciting time for everyone involved and the fact that a number of exhibitors have already re-booked for next year including; KNX, Wago, BEG UK, Theben AG, Schneider Electric, Contemporary Controls and Advanced Building Controls (DEOS), proves that this is an exhibition which is now firmly marked on the industry calendar.”

Another exciting development for 2014 is the launch of the new website early in the new year which will bring you up to date information on the exhibition, the latest exhibitor news and some exciting sponsorships which have been lined up for 2014.

The building controls industry continues to move at a fast pace and the only way to stay in touch with new products and developments is to visit Building Controls Sandown Park 2014, so mark the date in your diary now and make sure you visit the next event on 22-23 October 2014.