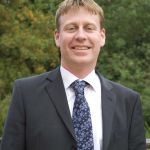 The connectivity of building controls systems is sometimes raised as a concern by end-users, and even specifiers. However, modern communications platforms and the work of organisations such as the BCIA have ensured that there are now few reasons why different types of control products cannot work successfully together.

There are now a number of communications protocols which have helped to ease the way to interoperability. These include Modbus, KNX, Mbus (used with energy meters), BACnet and LonTalk. Teamed with internet protocol (IP) technology, protocols like these allow one system to communicate with another, for example allowing HVAC, security, lighting and access controls to be centrally operated within one intelligent BMS.

Protocols allow controls products to operate in a synchronised way. For example, BACnet and LonTalk protocols allow the following connectivity’s:

BCIA members are expert in the use of such protocols, and have been at the forefront of IP technology, having been involved from the early stages of building services integration. Its members have worked with the Comite Europeen de Normalisation (CEN), which was tasked with standardising ‘system-neutral data transmission methods between products and systems for HVAC applications… to develop HVAC-specific applications of existing communications methods, one for each level required.’

But specifiers have an important role to play in ensuring that interoperability is achievable. It is where specifications are too general, or unclear, that problems with compatibility can arise, and which do not reflect the true interactivity of the technologies on offer from controls manufacturers today.

A first important step is to stipulate the protocol (for example LonTalk or BACnet) and wiring methods. Different types of wiring are not easily compatible, for example twisted-pair wiring is not compatible with Ethernet cabling. This is a particularly important consideration when retrofitting systems in existing buildings.

Perhaps most importantly, specifiers need to confirm the interoperability of each product, request the protocol implementation conformance statement (PICS) and if relevant the BACnet Interoperability Building Blocks (BIBBs). This information is available from manufacturers on all their products and should enable the specifier to see the extent of interoperability between products.

Interoperability is driven by client demand; the last thing that end users want is to feel that they are locked in to one vendor. Customers value flexibility, and they have been the driving force behind greater interoperability in controls. Today interoperability is a requirement within the building controls industry and few would disagree that connectivity is vital for the growth of intelligent buildings.

The BCIA Conference 2010 will be discussing interoperability in-depth, with a demonstration of products working together. More information will be published soon on our website: www.bcia.co.uk.